The week in review [first week of June]

It’s Sunday, a day since my last update, and I feel like everything is pretty well documented, but I’m trying to start a habit of Sunday updates, so I’ll see what I didn’t “cover” last night. 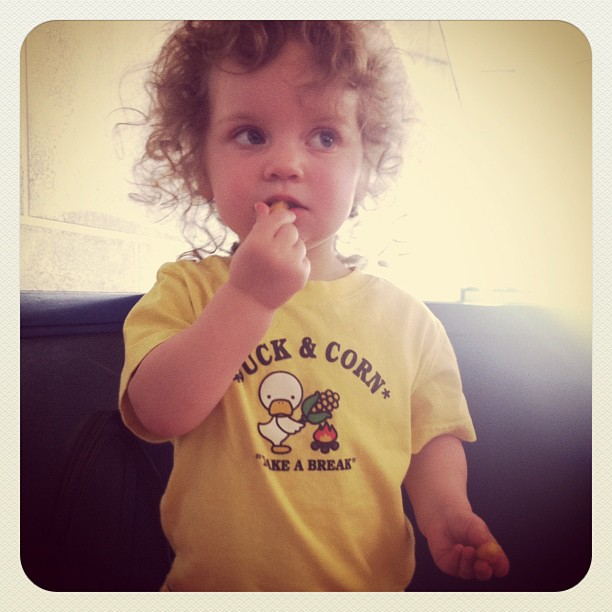 Dinner at Rudy’s with Andrea, and I think the fries were too salty because they were visibly covered with huge chunks of salt crystals and Zoe used that dehydration to wake herself at 4am the next morning. 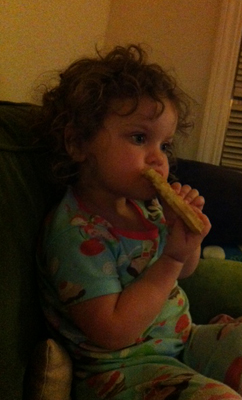 Taken just seconds before I fell asleep and she played with the Play-Doh Twirl ‘n Top Pizza Shop for what must have been two hours.

We watch a great deal of The Fresh Beat Band in our house. It wasn’t always like that. We were a Yo Gabba Gabba! house, almost exclusively, and I’d see the FBB commercial/promo where they…but look at me, acting like I’m not going to take the time to put my thoughts about my new favorite band into a thoughtful essay. Anyhow, I now have their album ready for car rides, since Zoe gets a little hysterical about not listening to music or NPR or she wants to or she doesn’t—I can’t figure her out sometimes.

Playing at the park on a 100 degree Friday.

The plant I bought the first weekend Nicole stayed over has some great new growth.

And on the final day before Nicole’s evening return tomorrow, Zoe and I hung out with Scott at the park.