End of February through the end of May

I forgot to add a bunch of these Feb photos, so here we go (turns out it was just two photos): 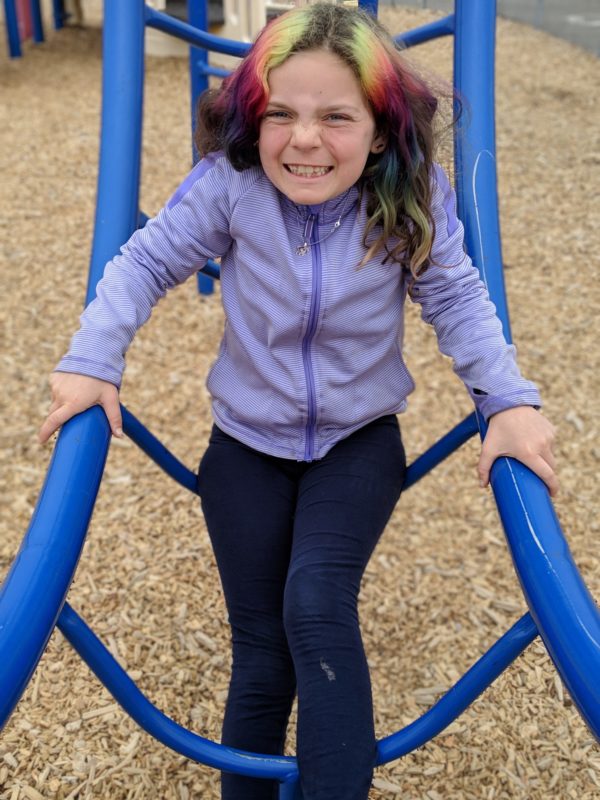 In the course of our adventures, we checked out Zoe’s old school’s playground. Turns out she has grown in the two years since she’s been a student there.1 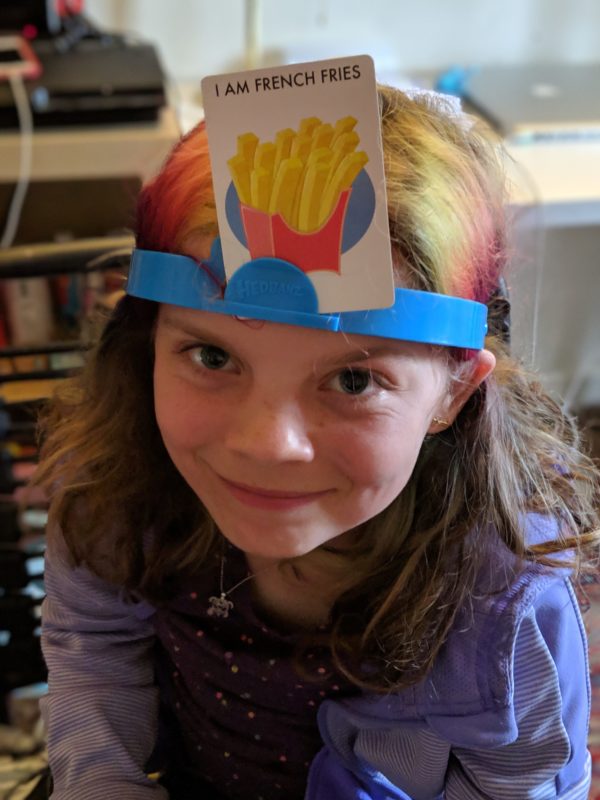 We are almost to the point where we’ll be making our own cards. 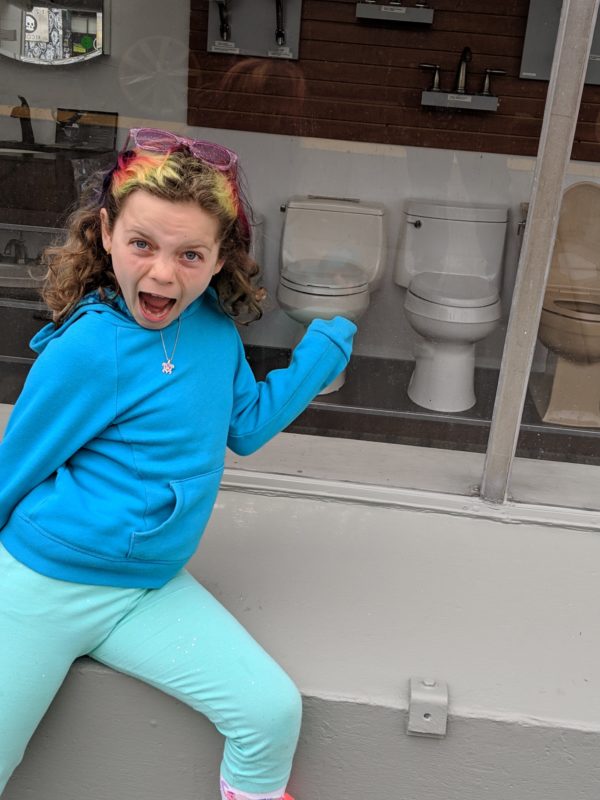 There was a toilet store near the guitar shop. In my desire to “do more of my own guitar repair,” I wanted to get a local source for the thing that keeps all the stuff from falling out of the guitar body. 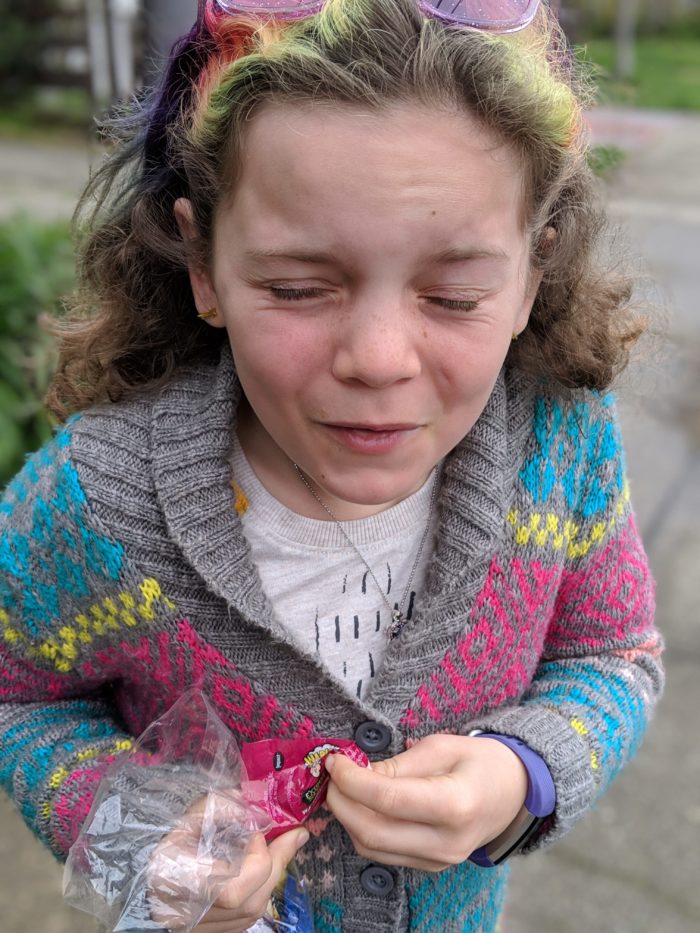 Zoe eating the sourest candy we could find. 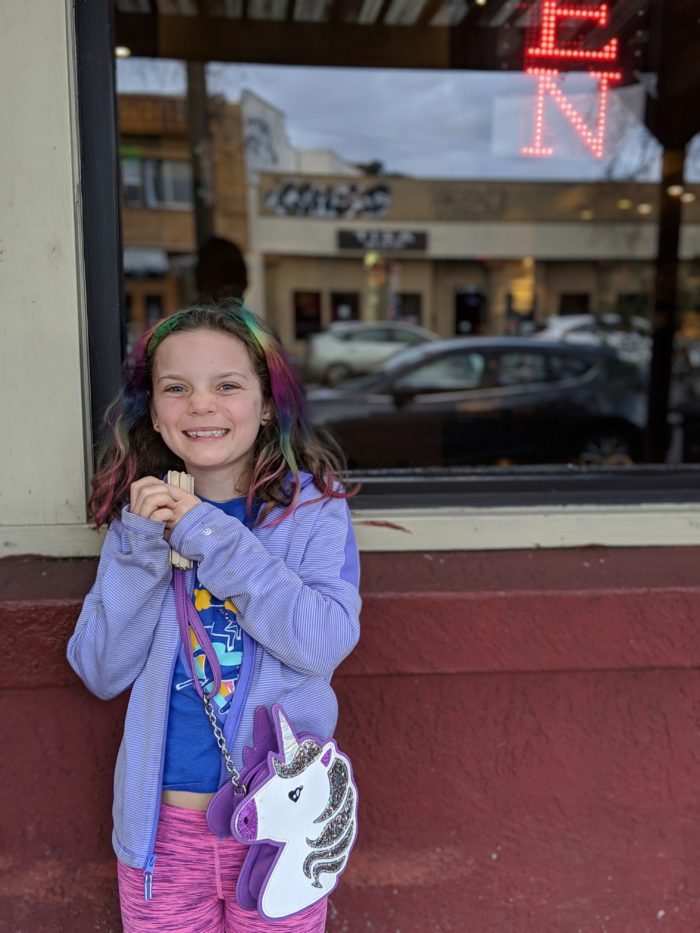 At the sushi place that has “Happy Hour” prices. I don’t know why I put that in quotes. It’s a sushi happy hour, and it is good times. 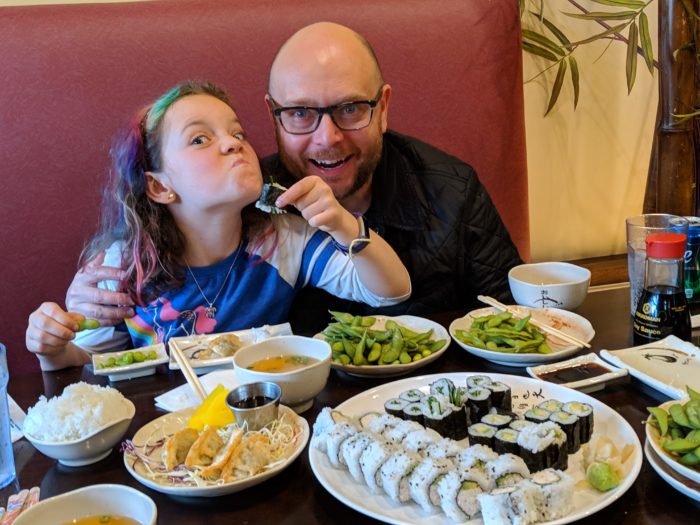 Just to say: this is three people’s food. And there were happy hour prices. And Zoe likes to make a meal out of the leftover rice and edamame.

I’ve been making bread at least once a week. This loaf turned out really well. Not all of them do. Not even close, my friends. 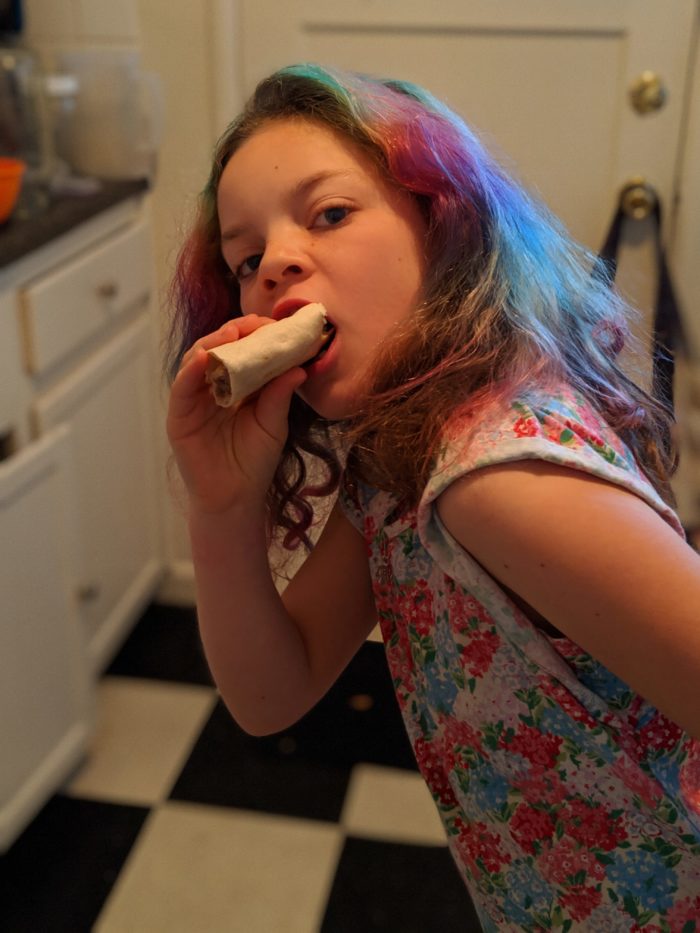 Zoe wanted flautas for her birthday (school) lunch. I can see by the timestamp on this photo (7:48am) that they were also breakfast flautas.

I’ve been on a dosa kick (in that I don’t get sad and pouty when people suggest we go there), mostly because Dosa opened up in Oakland a while back and we go there for lunch at work every few months, and it’s good before a show, or if you want to do some day drinking in that area on the weekend. It was decided that Zoe would dine there for lunch when school was not in session. Many questions were asked on the way over:

After, we were able to capture the yearly Target Icee machine reunion.

Here is Zoe just a year before. 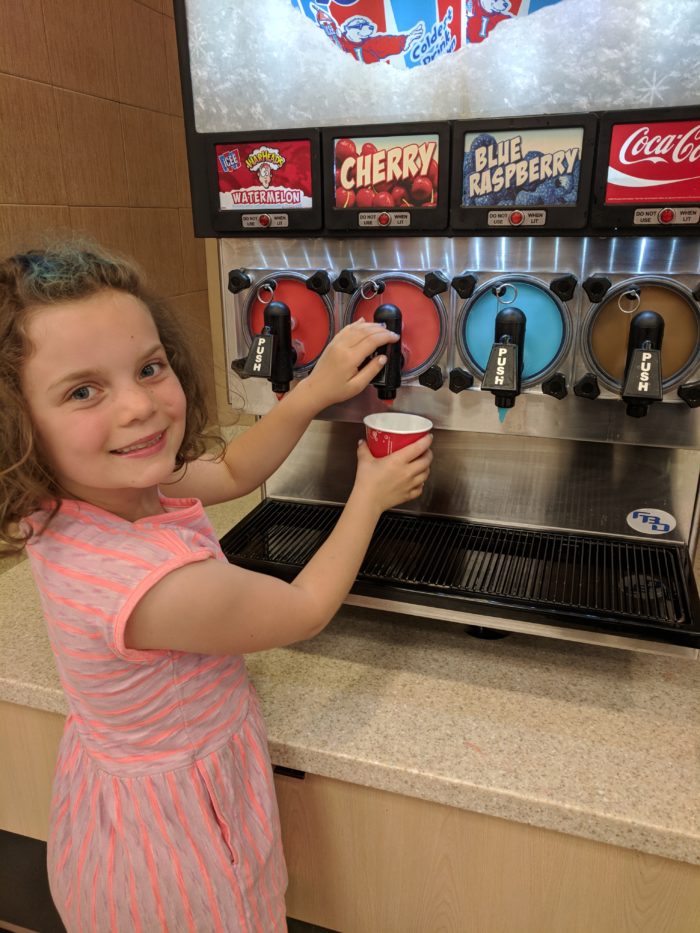 There’s an indoor mini golf place in San Francisco that gets a little hot and crowded with tech bros, couples on dates, and families. You can also drink there and eat tater tots. 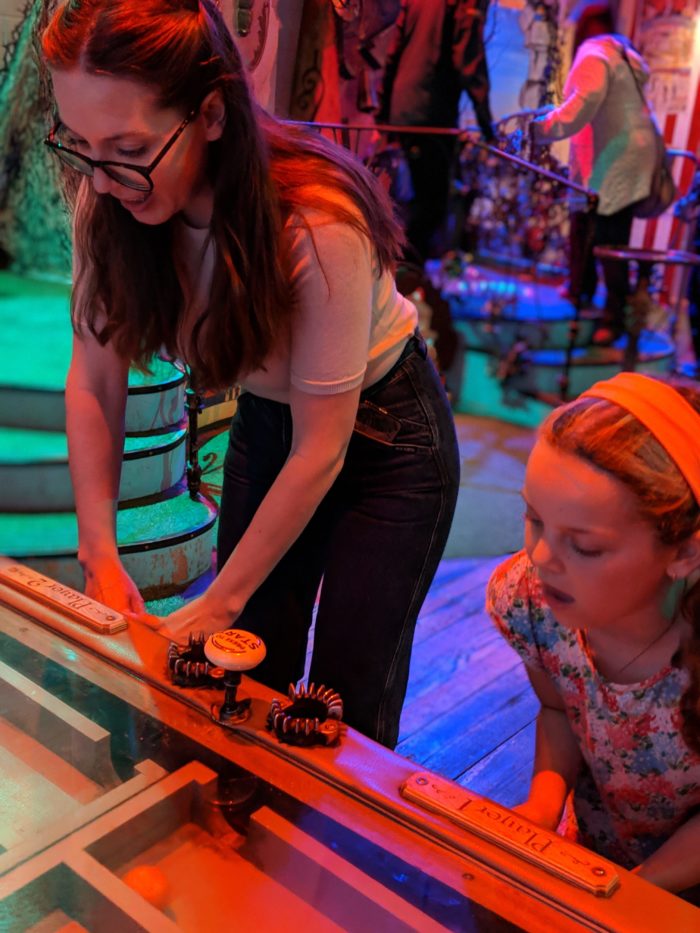 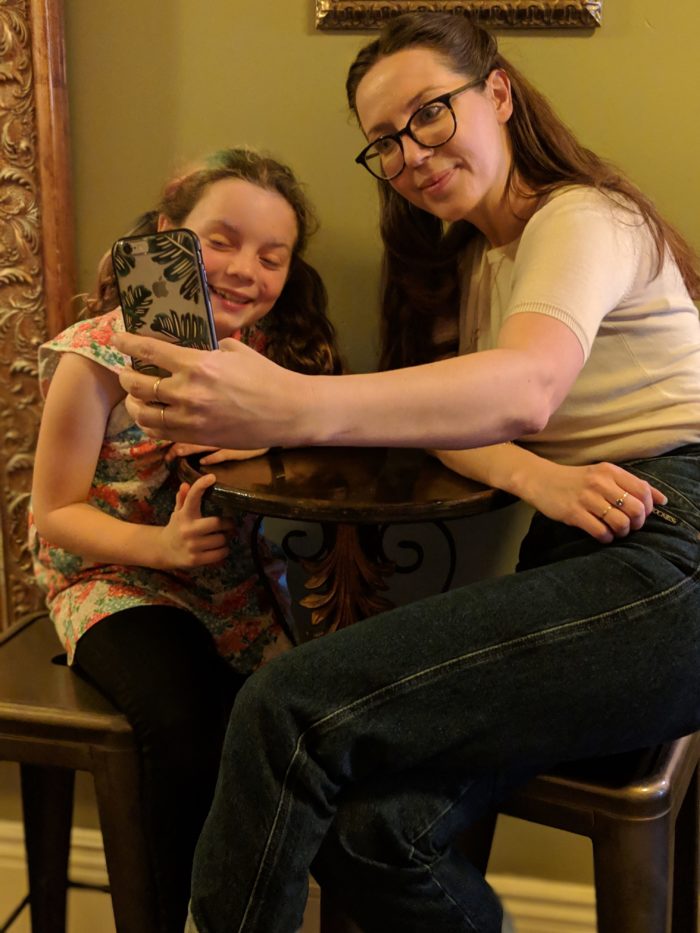 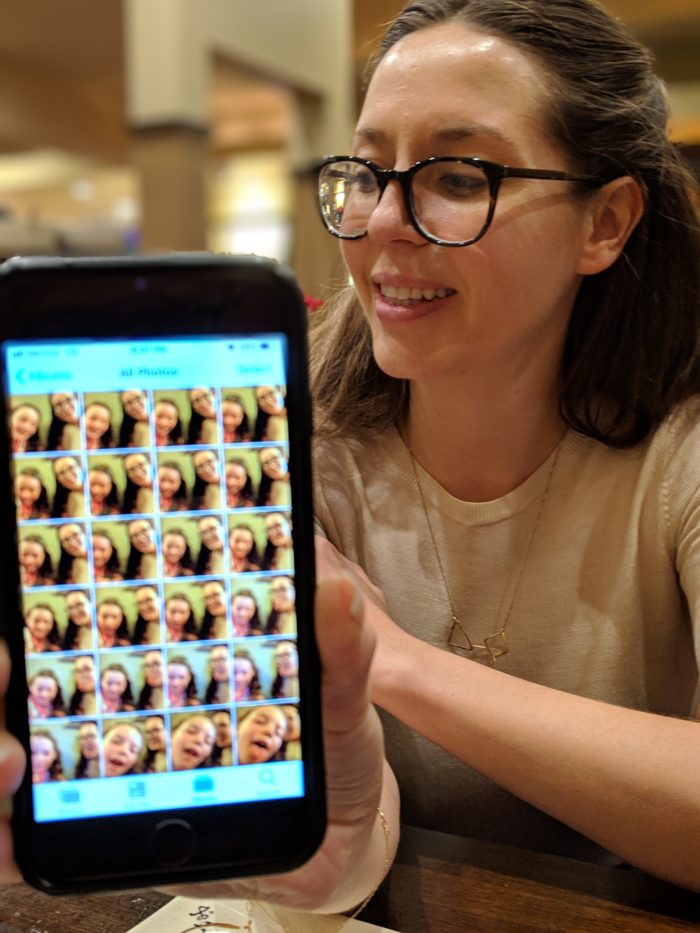 We continued our Indian food tour by, and I can’t believe I’m writing this, driving to Berkeley! I hadn’t been to Vik’s in at least 10 years. They moved locations, and added what had to have been 3,000 items to their menu. I immediately started sweating from my head, more so than usual, while ordering.

Verdict: not as pleasing as Dosa. (Everything did seem to be more oily.)

Zoe’s friend Eden invited a small group to go horseback riding for her birthday. The drive there was a little stressful: it seemed like the third weekend in a row we were up early and driving through winding roads. The “check tire pressure” light came on in the middle of what had to have been a vast forest inhabited only by people cycling on narrow roads. But it turns out everything was manageable and speaks to my abilities as a person who can tackle anything life throws at me, provided the solution is stopping at a gas station for air on the drive back home. At the horse riding place, I casually asked if they had a slow, old horse (they did), and much fun was had. 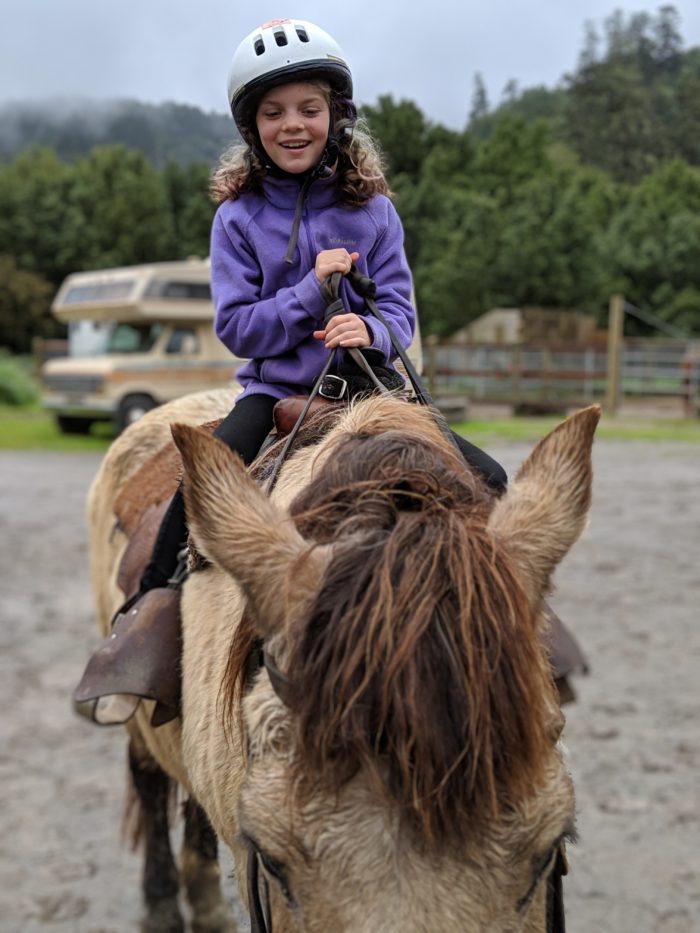 After another three hour drive, we dined upon rice and beans. 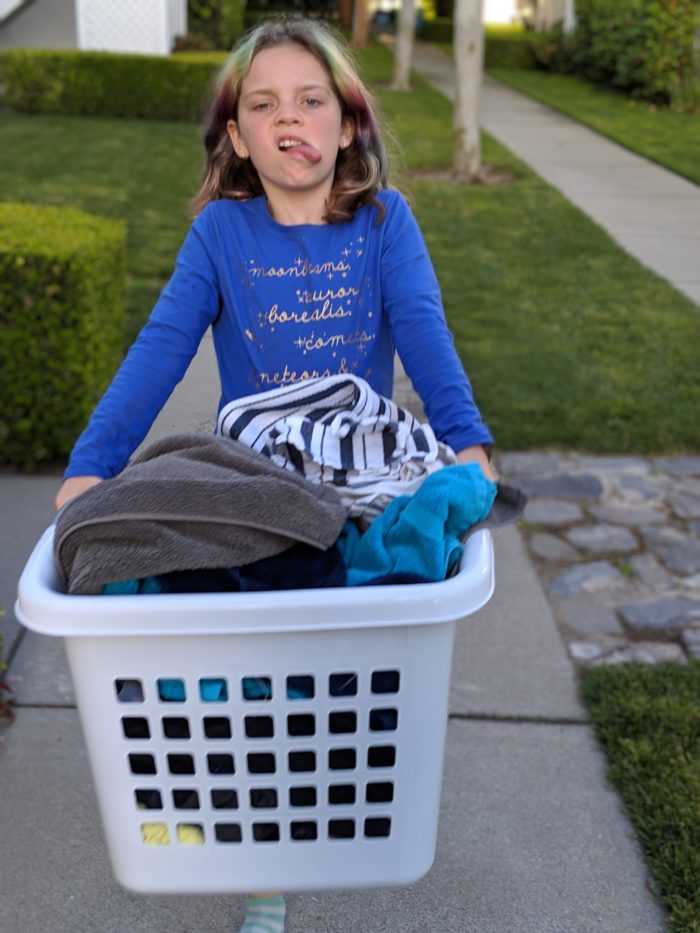 Not as exciting, but just a note to say Zoe is old enough to help with laundry.

We woke up to find a tree had fallen outside our apartment. 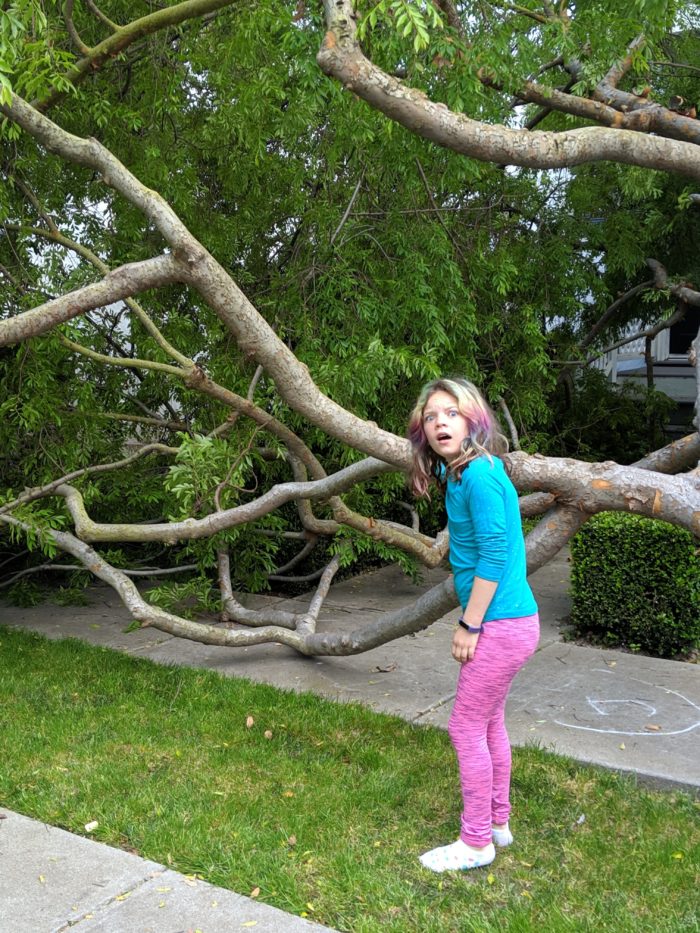 46th Birthday Present from Zoe: Custom-made apron, the most needed item in my kitchen. It’s also great to keep your shirt from getting soaked when doing dishes before work. 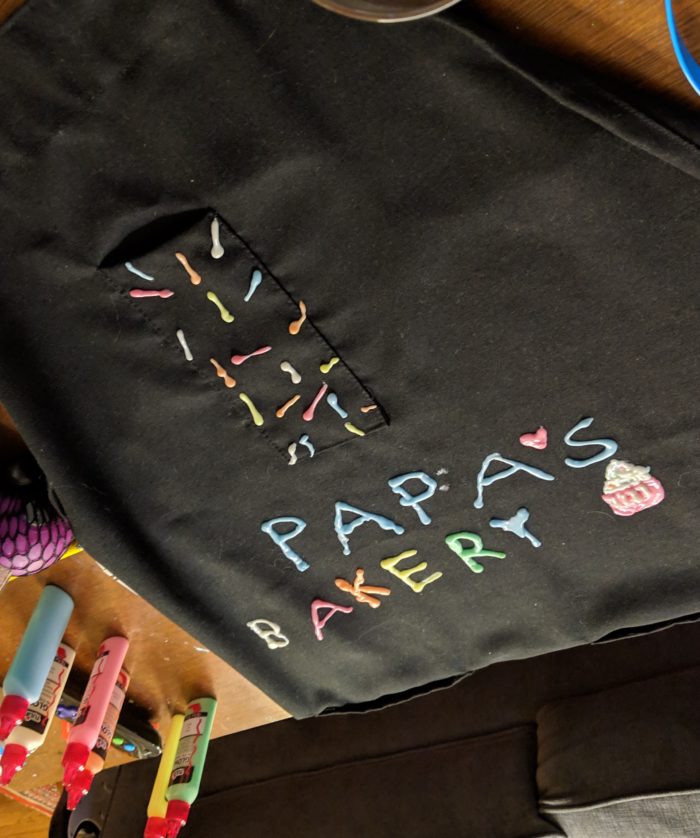 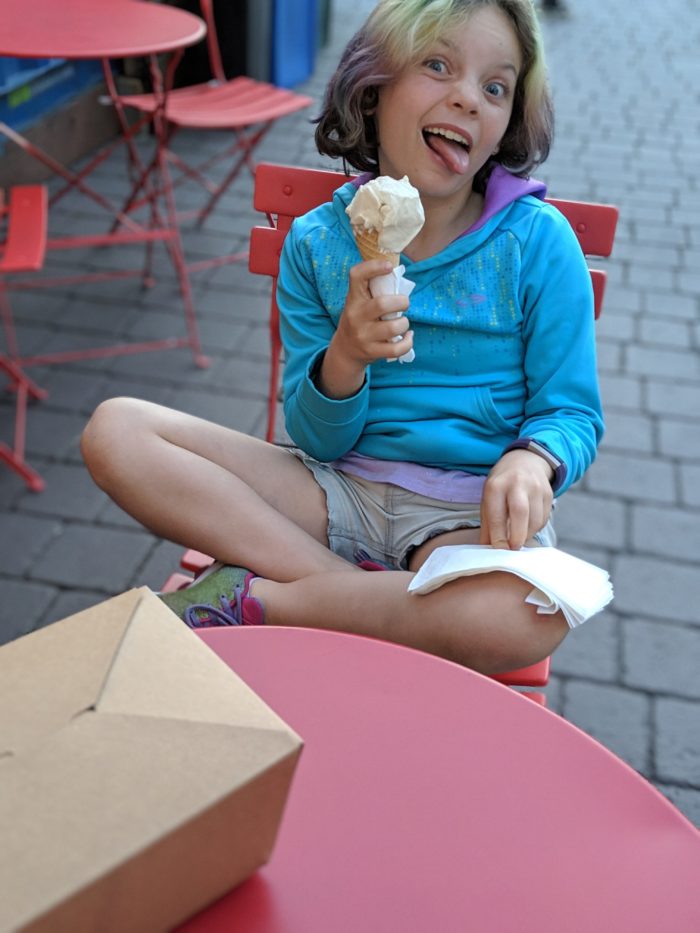 Ice cream after an ill-advised second trip to Dosa that day. 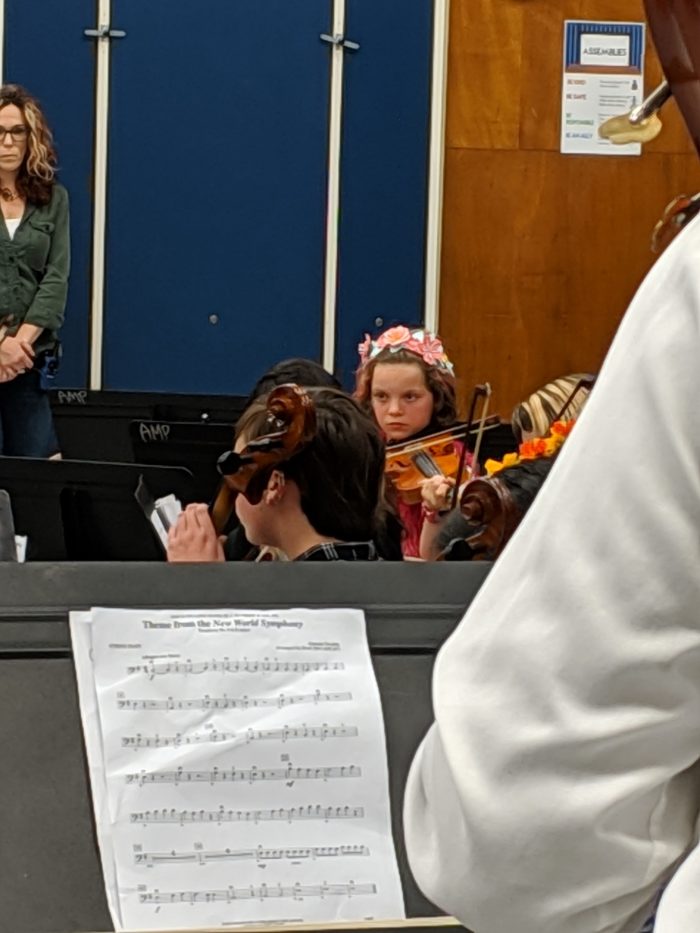 Preparing the cake for Mother’s Day delivery. I regretted not bringing my cake transporter container home for this task. 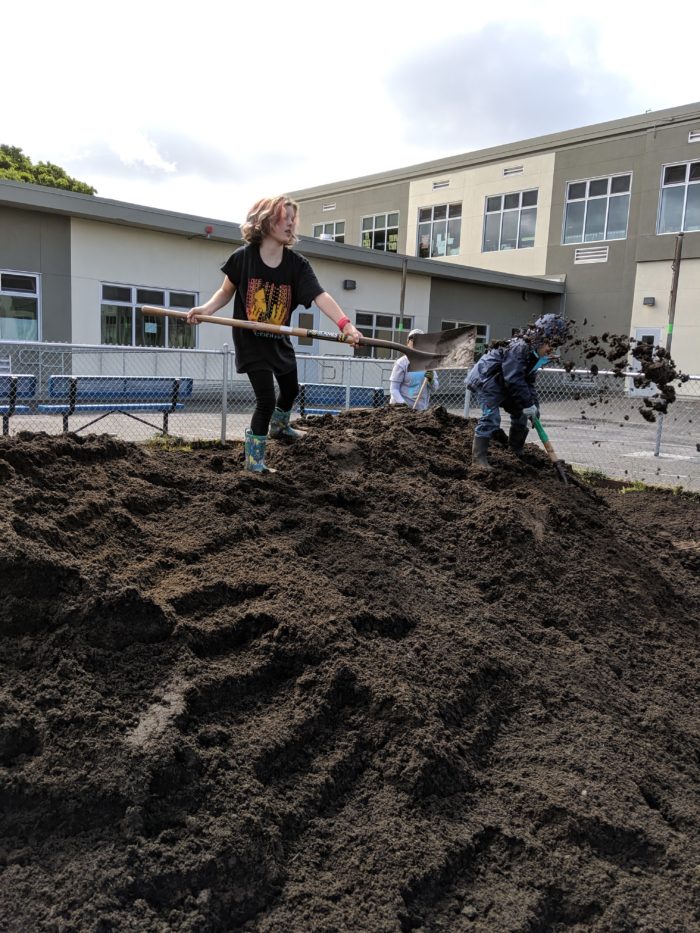 Zoe’s school is redoing their garden space. The first step is always to get a giant pile of dirt delivered and then have volunteers level it out. My core hurt the next day. 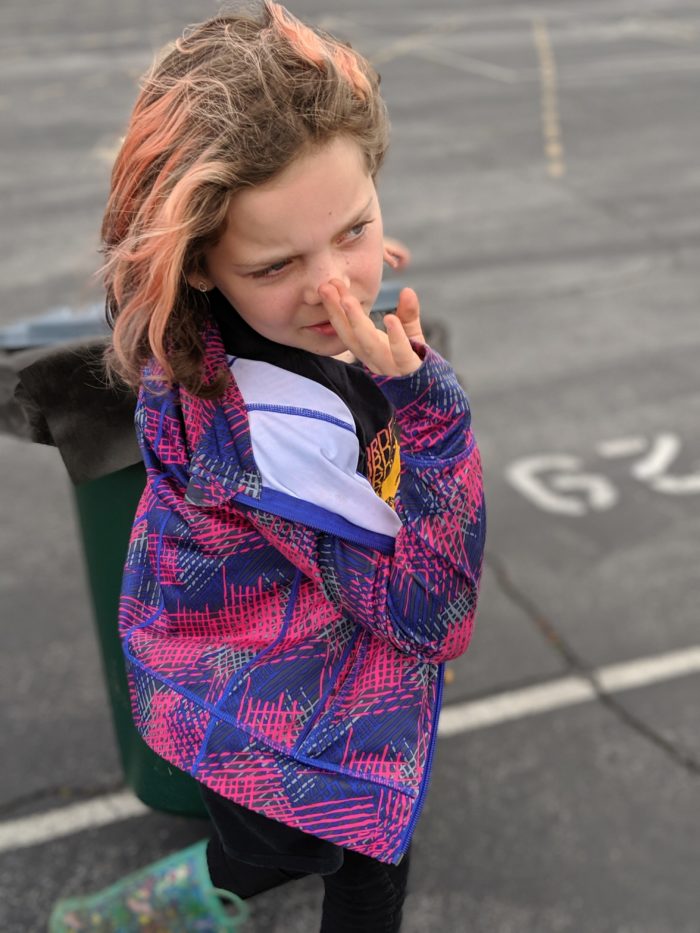 I caught Zoe doing one of her classic stage whispers. It’s one of my favorite things she does.

What else? Oh yeah:

1. I tried to find an equivalent photo from 2015 when she was really tiny and in kindergarten or 1st grade, but couldn’t find the right one. Do old photos of your child make you happy? Sad? Both? The bittersweet flavor of time passing? Do you have so many that you wonder why you take them and are you going to spend the last years of life looking back on them? What is parenting? How do we change as people as our children grow older? What is my sense of self? What is life? What are we all doing on this spinning ball?