I do most of my personal contemplation outside of writing here, so I can spare you the “How is Zoe in 4th grade already?!” and all the associated thoughts that go with it. Each start of the school year has a lot of associated thoughts.

A note on fall:
We now move into the best time of year, my friends! It is cool and crisp, but also 94° somedays. The air has a touch of coziness and hopefulness to it.

On Labor Day, we went to this tea place that also had cubes, so it was my new favorite place.

Then we hit the beach because it was a very warm start to September.

We were down by Adventure Playground, so why not?

I chaperoned a field trip to Audubon Canyon Ranch and there were lots of newts and salamanders and banana slugs. It was a really twisty road getting there. There were times when I couldn’t understand how the bus was going to make some turns. By the time we got home, it was pretty close to the end of the school day, everyone was tired, and it was very very hot. Zoe changed into her flowiest dress and I introduced her to the McFlurry.

Then five days later it was cool enough to play tennis.

And then the Halloween stuff was out at Target.

We celebrated October’s arrival by revisiting the Thai place near me. It’s not that great and moderately priced, so it doesn’t fit within my financial planning.

I helped out at the yearly “kids run to raise money for their school” event. 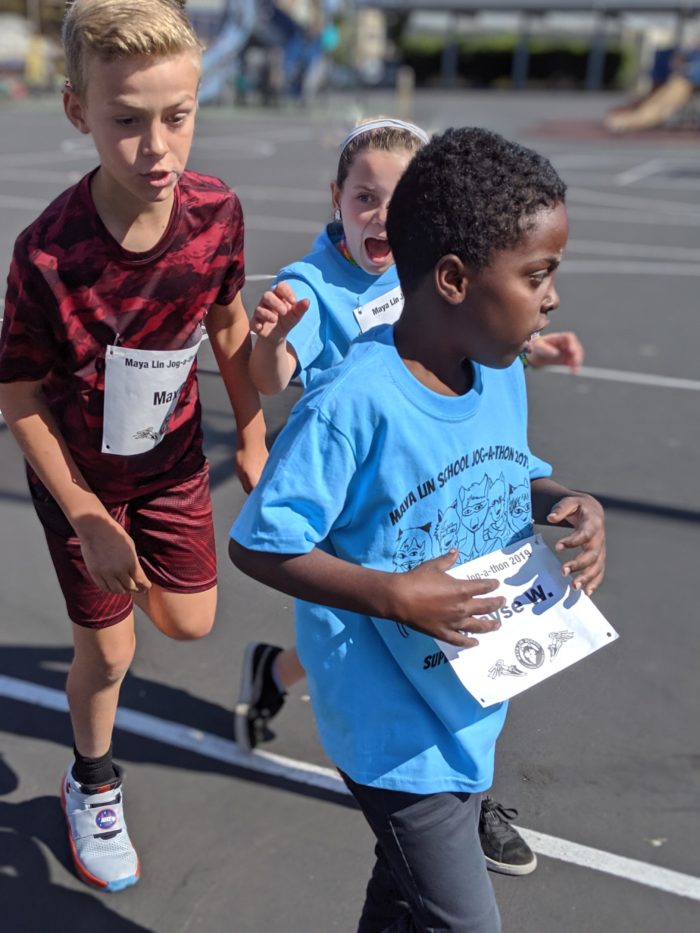 Zoe showed me what I would look like when I’m dead. (Cube update: I’m close but haven’t quite cracked all the corner orientations).

We picked up a jacket that has a lot of visual interest. Thanks, Target!

For pumpkin picking this year, we kept it very local because of the smoke and wind and fires a little bit north. This allowed us to spend the same amount on pumpkins, but I didn’t have to drive an hour each way to get there. 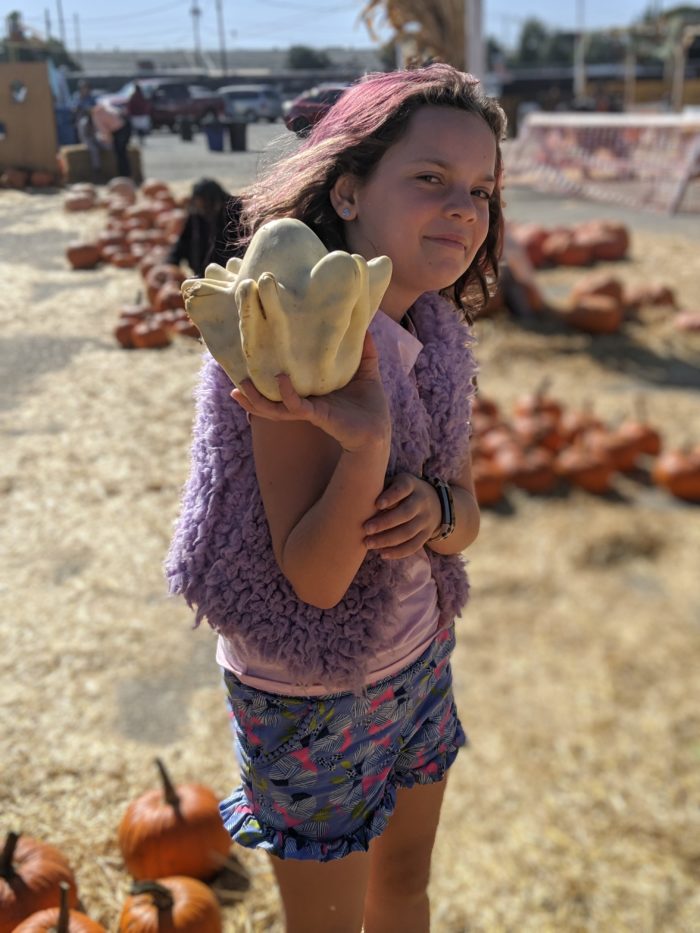 It was still late October in the Bay Area, so it was quite warm.

Picking Zoe up from the spooky night at gymnastics.

At work, it was my favorite day of the year: When Ambika brings in all the samosas I can eat:

I even got into the holiday spirit and dressed up.

Halloween night was fun! I’m a Dementor (they drain happiness from people, which is a trait I admire, and dress in tattered, filthy rags, which I tend to do). Nicole was Professor McGonagall and Tom was Professor Snape. In my costume, I blended into the backdrop of darkness, just like my hero, Orson Welles as The Shadow.

Daylight saving time ended (started?) and we took advantage of the magic hour by walking on the beach. First we crossed the pond. I love that you can see the trepidation in her hands.

Which reminded me of our first time visiting this place in August, 2013:

Then we had sushi at a spot we enjoy in Oakland:

For the quiet week before Thanksgiving, I took Zoe to work one day. She set up shop and sold bracelets.

Enjoying waiting for the bus home.

We had our Thanksiving on Wednesday. We kicked it off by peeling potatoes.

We can’t get over how great this Aerobie Sprint throws. It’s also fun to catch on your arm, feet, and head.