I dropped my phone in the toilet | New roll of digital film installed.

Nicole returned from ?xx? amount of days on a trip that took her from Oakland to Santa Monica to Halifax to Providence where she met my dad for the first time.

She returned with coffee from Forty Ninth Parallel, a roaster I had wanted to try for some time.

My dad gave her some coffee fresh from Rhode Island.

Then something happened to Zoe’s sleeping routine, which was a pretty solid “in the crib by 9pm/up anywhere from 4:30 am on a terrible day, 8am on a wonderful, everybody is going to be late for work day.” Currently, we’re lucky to get her down before 10:30 pm, and then Nicole has to sleep in “the big bed” with her. It’s a little tense in the house.

We acquired a tea set, which has long been a dream of mine, because tea parties with your daughter — even if your heart is made out of stone — are the best. (“Coffee, papa?” she will ask, and it makes my heart blush.)

You probably already know this, but I didn’t: if you go to a drive-in, your 2 year old can be as loud and restless as she wants, but you can still watch Madagascar 3 under the stars, even if you are anxious that somebody is going to lean on the horn and you will have to do the drive of shame before the movie is over. Also, they have a playground there.

It was Father’s Day, so we went to my happy place: The ‘Stoga. I was able to not worry about (work/$/etc) stuff while Zoe swam and we all had pizza and the best stack of polenta, and it was 100 degrees and I felt like I was needing more air conditioning.

Calistoga isn’t a big town, so it was easy to find the best coffee. The beans that I later brewed were just fantastic. They also sold great kale chips.

Then a Sunday of Scott and The Island of Alameda. 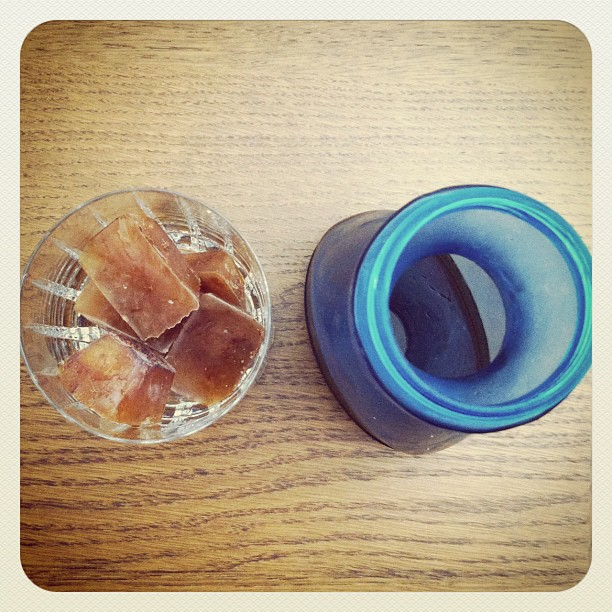 Pictured above is my dad, possibly when he was my age. My dad made me believe that you couldn’t move in a car at all while somebody was pumping gas. I can only hope to pass onto Zoe some similar myths.

Then Nicole was out of town and I was curious what would happen at night with Zoe. Would she just not sleep? Would I just not sleep? Turns out that we had a late tea/coffee/yogurt party and then she slept in my bed and it was constantly adorable.

I sort of got a promotion at work, kinda. Zoe, Scott and myself went to the Oakland Aviation Museum (the free part, where you can sit inside airplanes).

Nicole was out of town, and Zoe and I got back into our park after daycare groove. She’s starting to climb more and balance on higher parts of the playground, and really develop good form with the pull-ups.

And as this entry went off to the printer, my phone smashed against the kitchen floor: cracked but still very workable. We’ll always have that one glorious month in June together, new phone.