It’s now fall, but I’m ready to hit publish on this entry from the end of the summer. <-- What my gravestone will say. 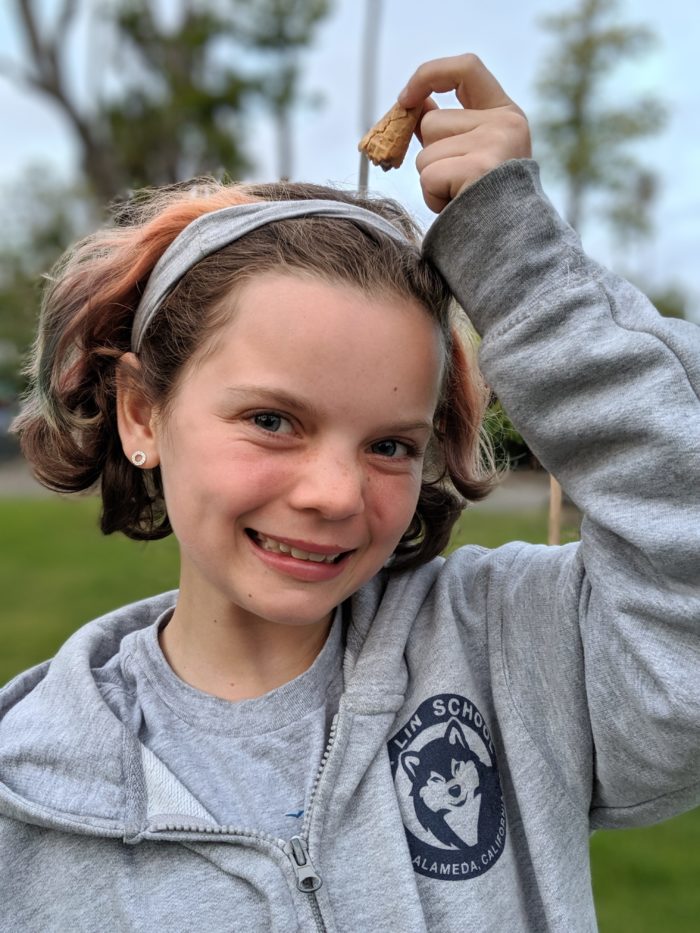 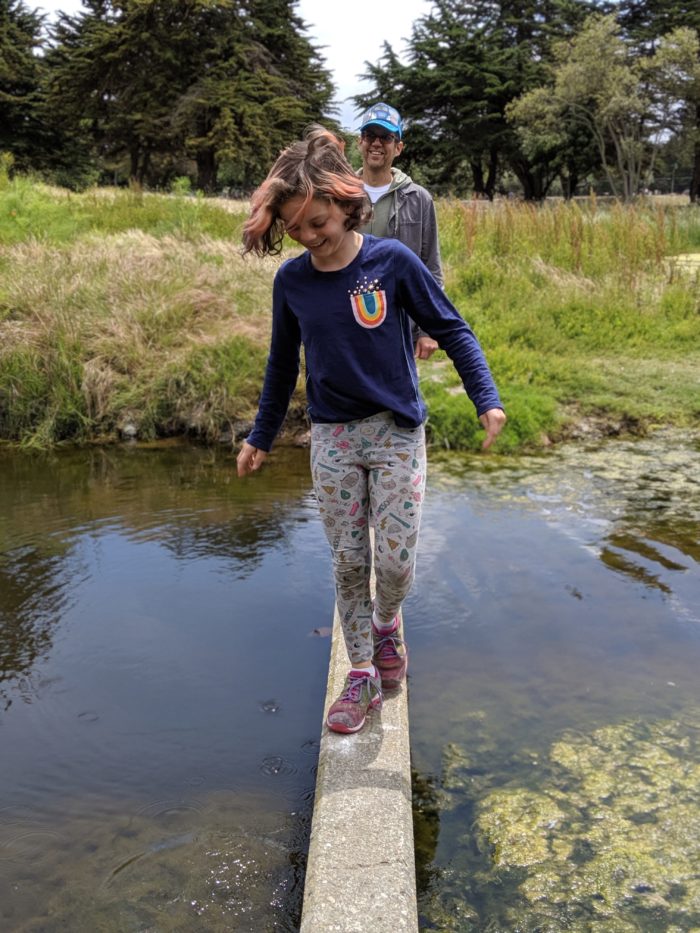 Dave paid us a visit. We all crossed the pond bridge. I had to be brave to do it!

The next day, we went to Fairyland. I was worried Zoe would be too old to still enjoy it, but that proved to be untrue. 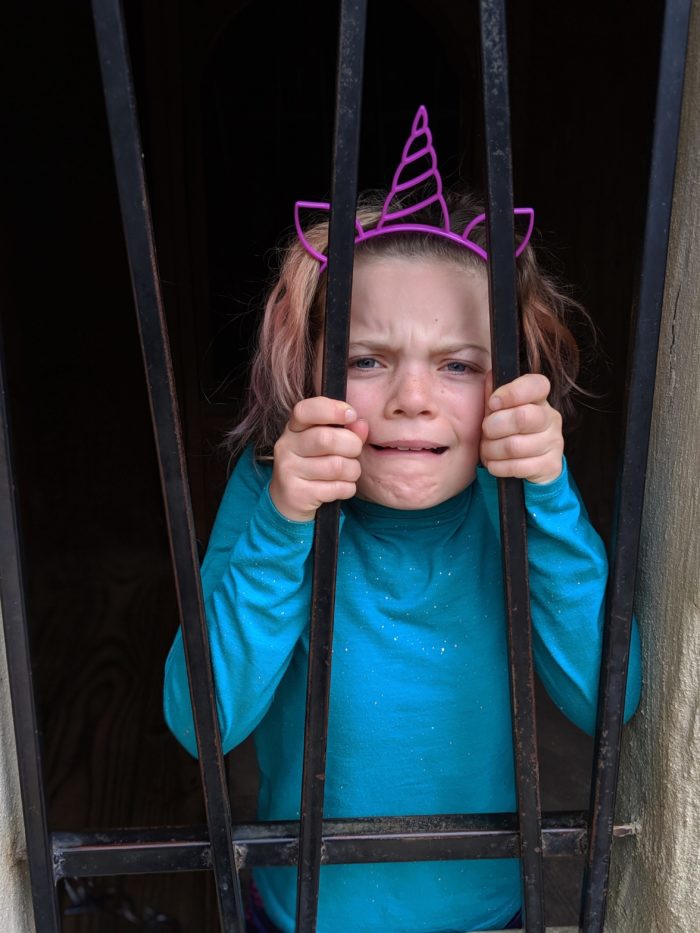 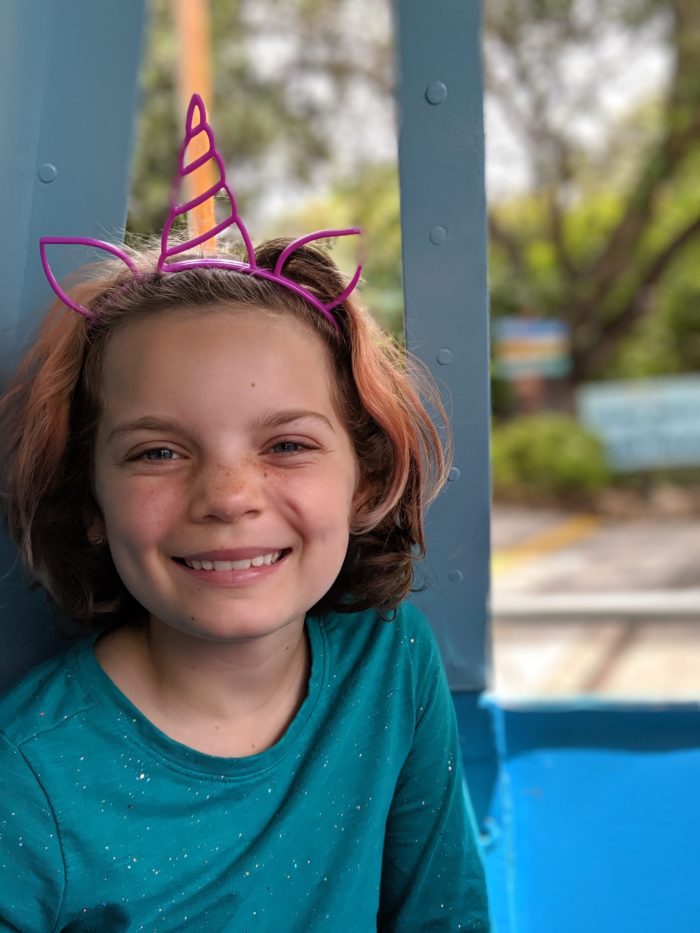 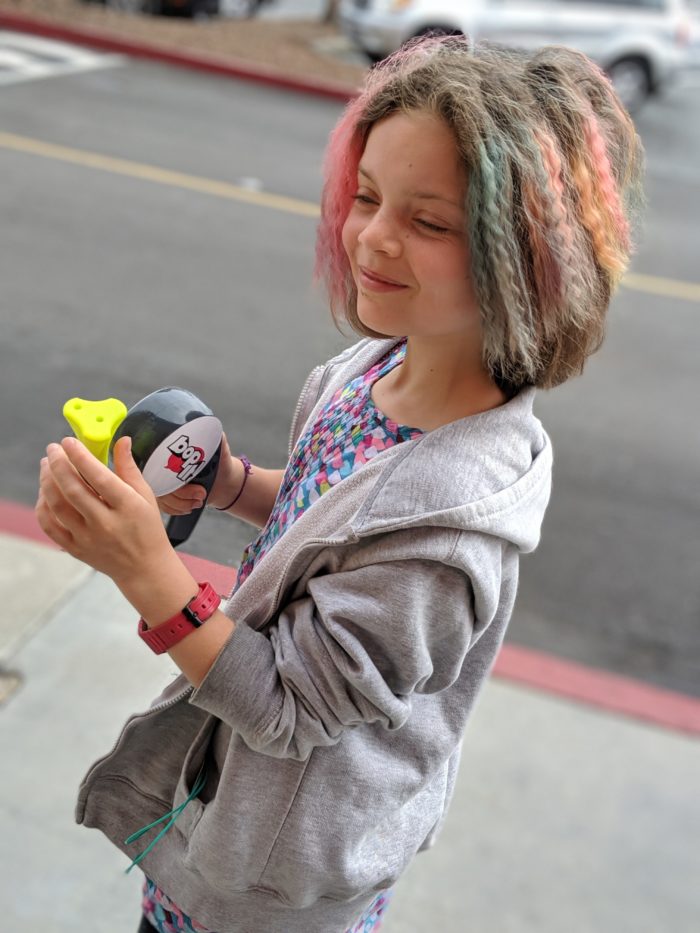 Crimped hair, and she looks 17. But is also holding Bop It during a Trader Joe’s trip.


The final school performance of the year.

With school out and 3rd grade done, we prepared for our trip to see Grandma. Zoe wanted to wear a fancy dress on the plane. 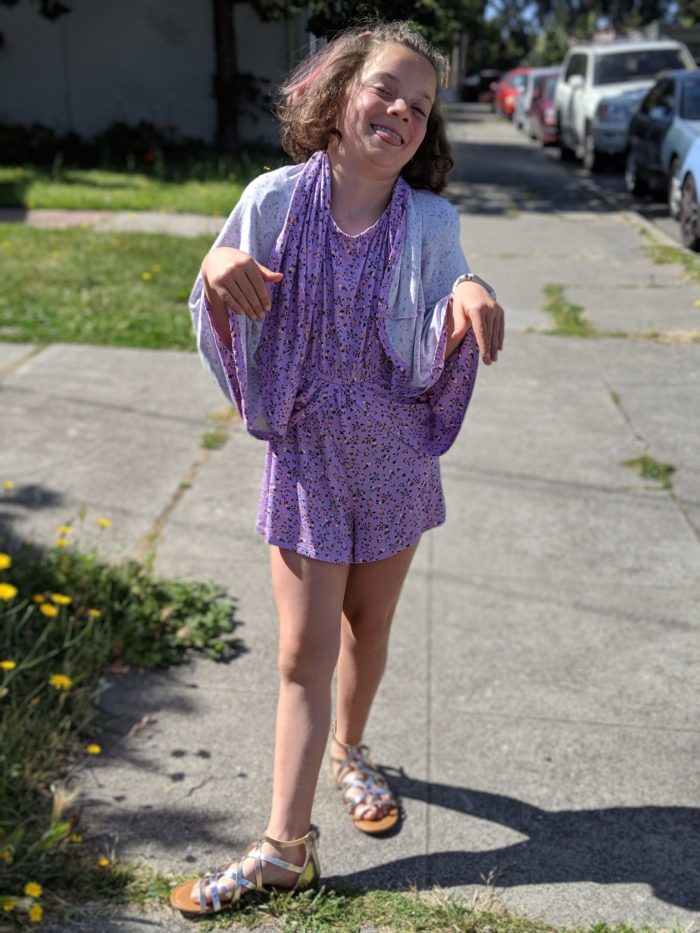 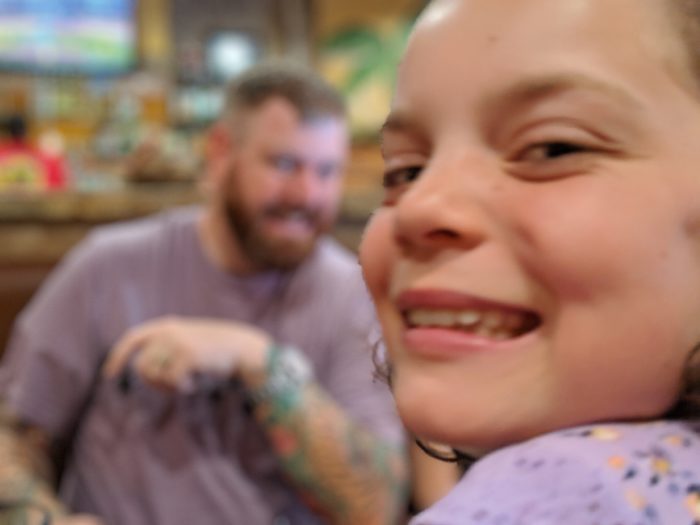 Dining in Arizona with Uncle John. 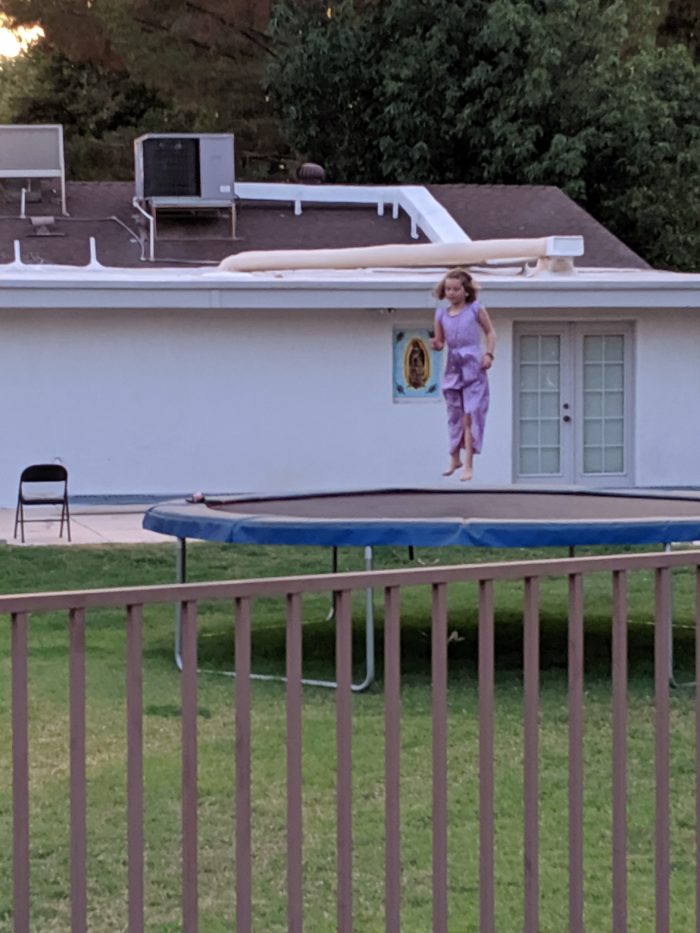 The trampoline. Still in the fancy dress (Romper? Jumper?). 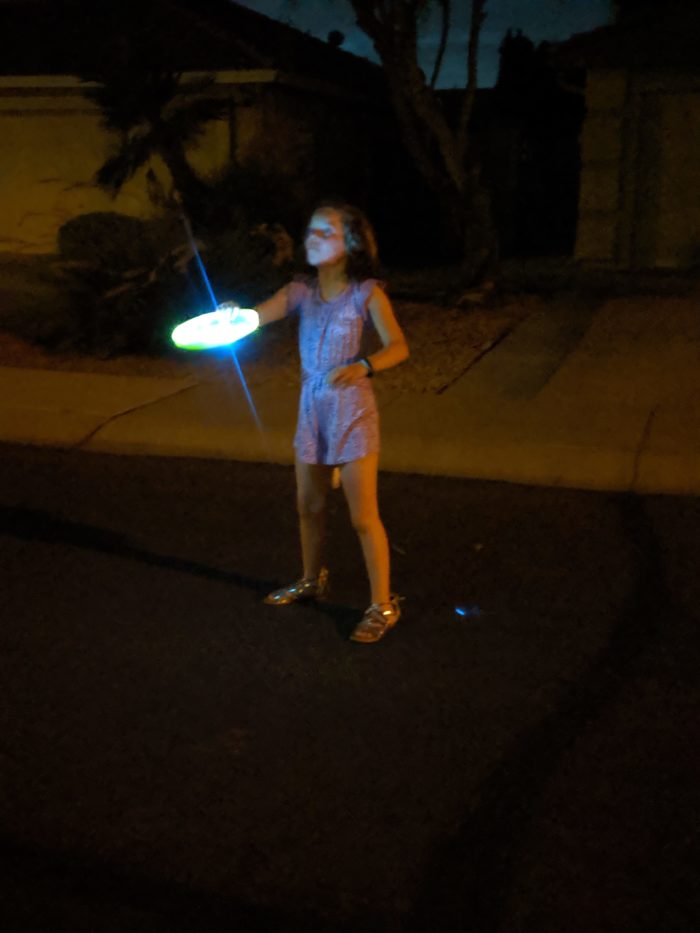 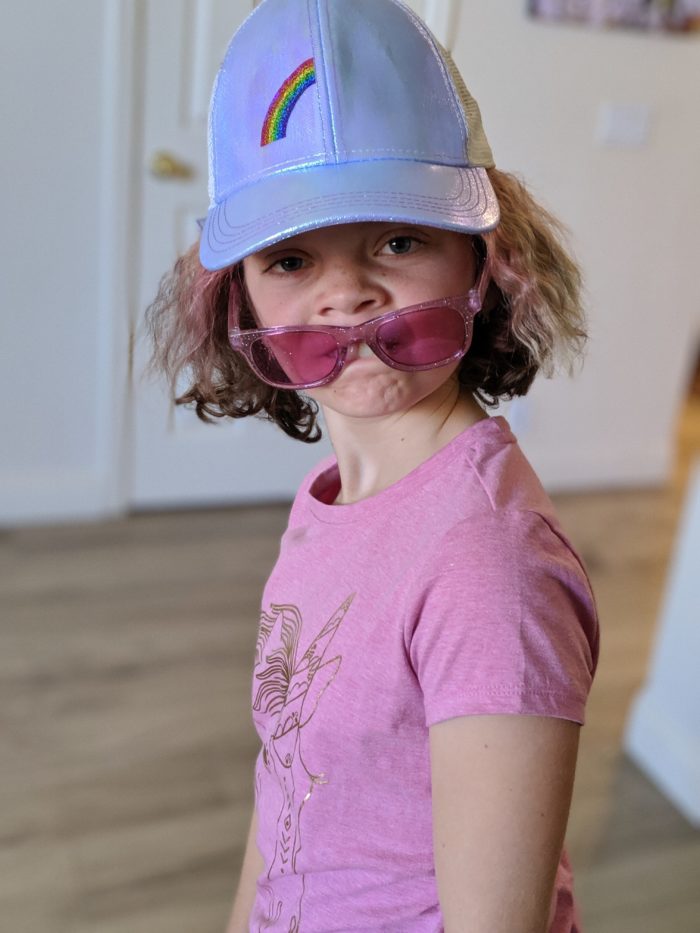 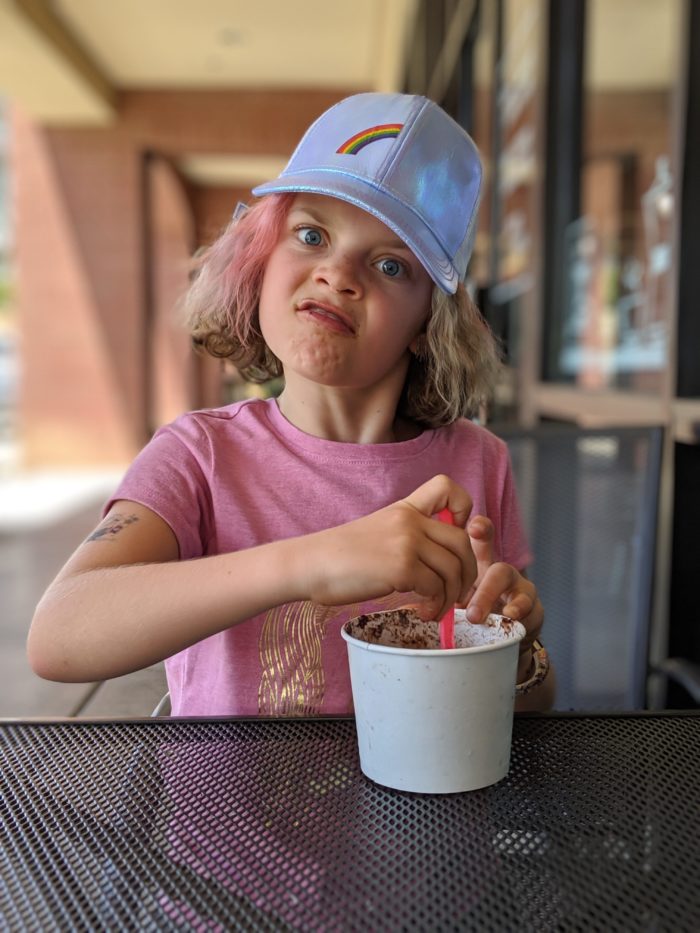 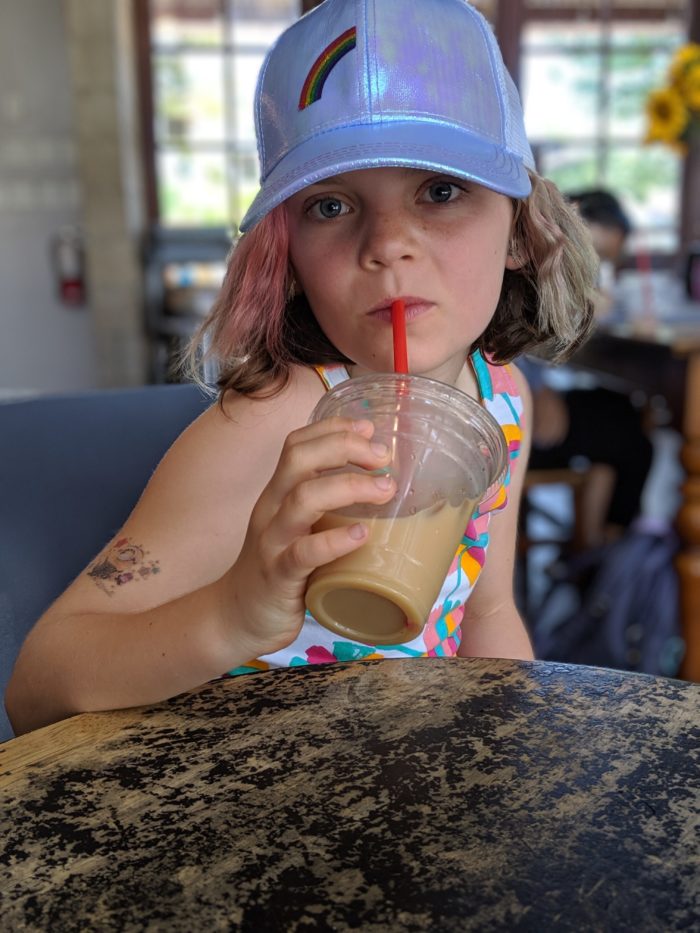 Currently 9 years old and a pleasure to be around. I’m excited to see the person she grows up to be. 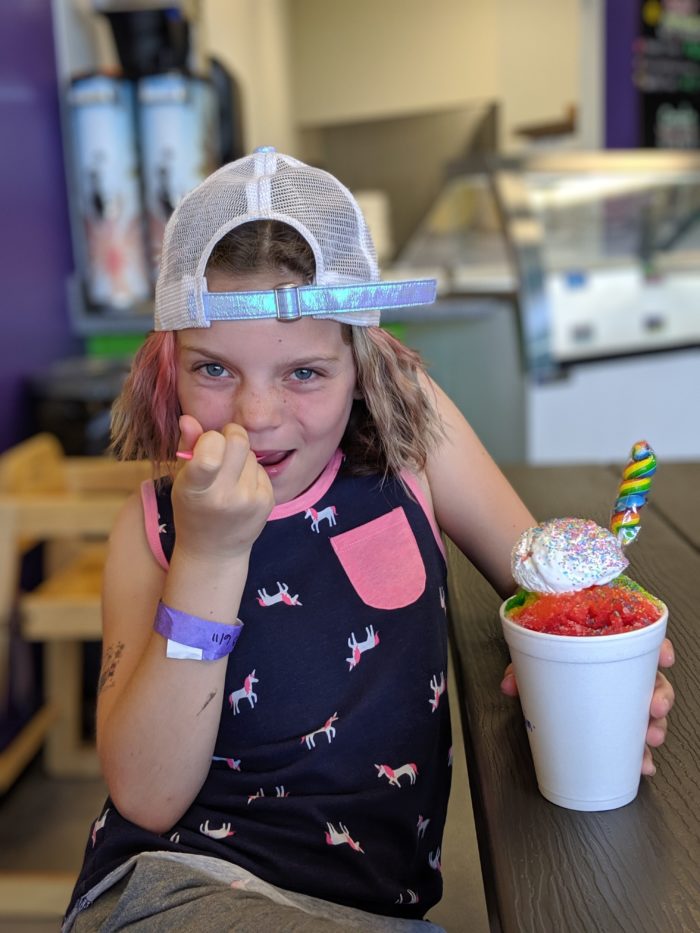 This is the shaved ice she would write postcards about.


Again, it was so hot that we had to stay inside or you’d die after three minutes in the windless, dry heat. 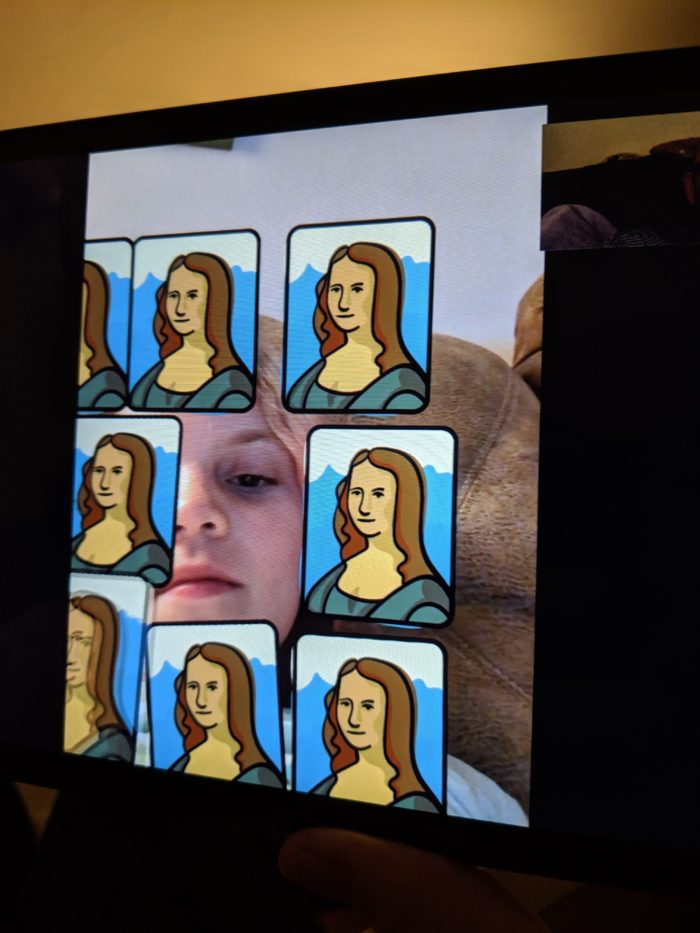 I flew home so Zoe could have some time alone with Grandma & Grandpa, her aunt and uncle, and her cousins before Nicole flew down. This is Zoe being hilarious by putting up numerous illustrations of the Mona Lisa during FaceTime. 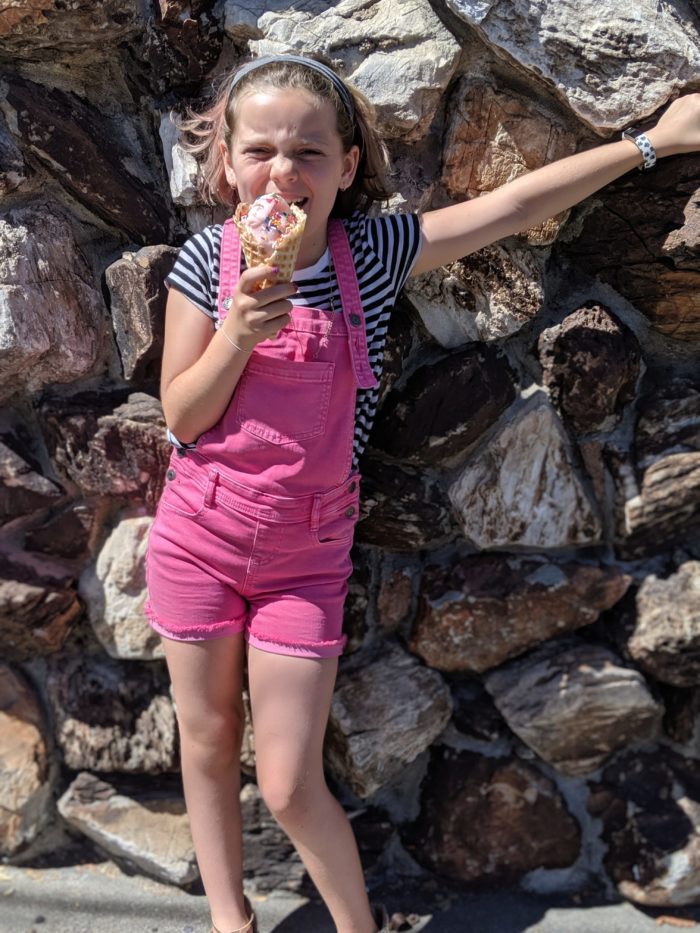 Soon enough Zoe was back in town. 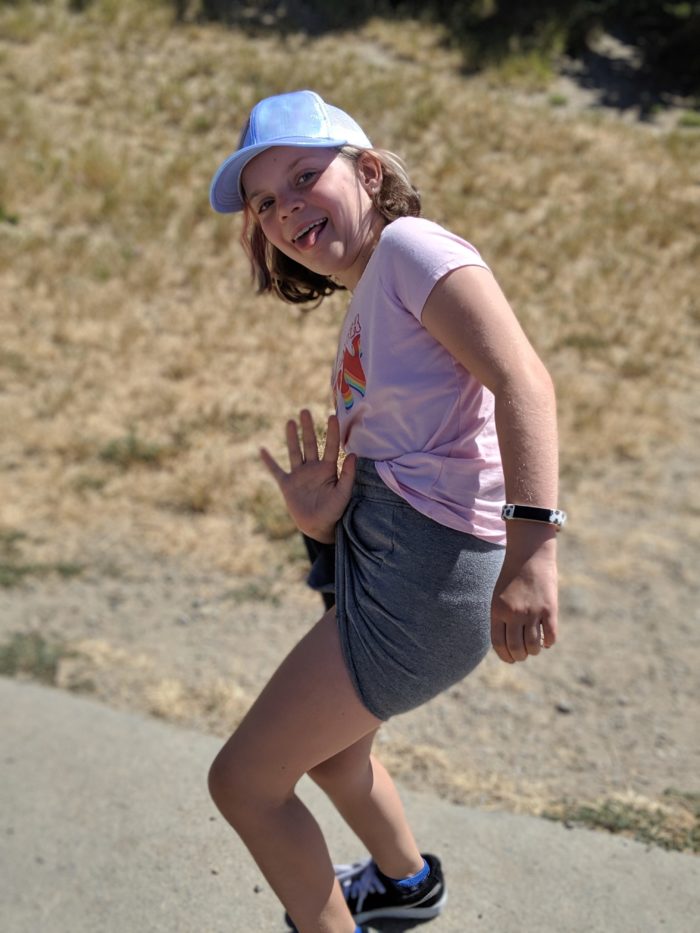 Taking a walk around Point Isabel. 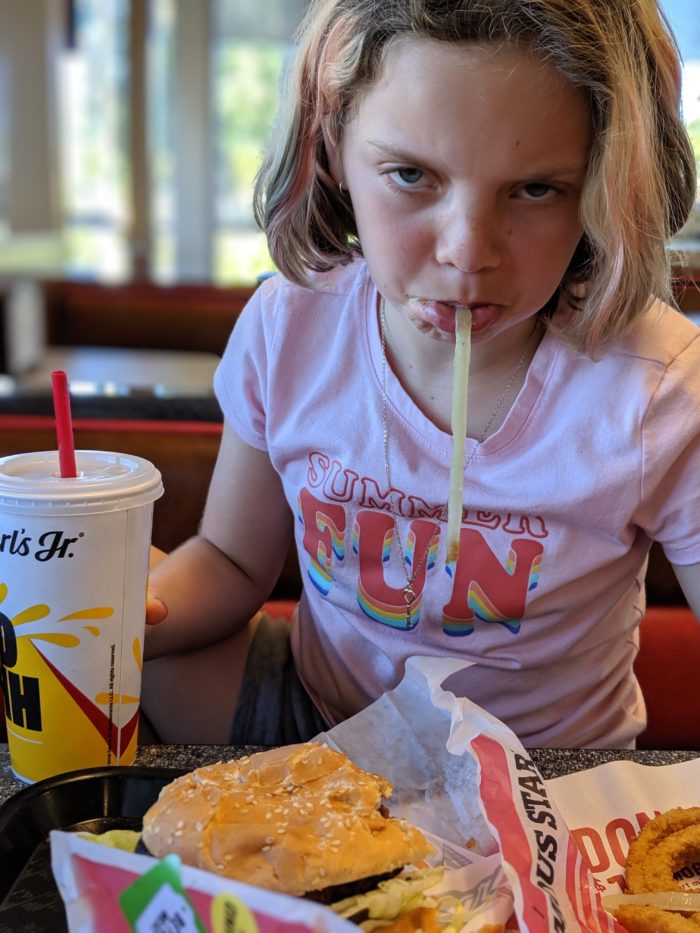 “I don’t like the onion part.” Also, why are Impossible/Beyond Meat burgers so expensive? This meal was around 27$ total, which might not sound like a lot to you, but it is when you try to shoot for a 7$ maximum/per person meal when you go out. 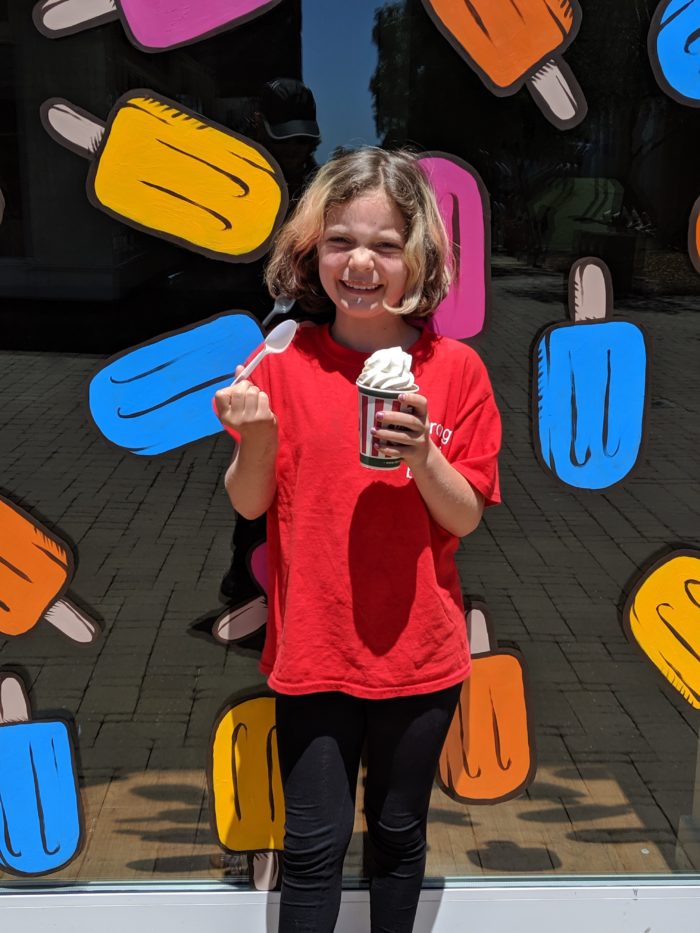 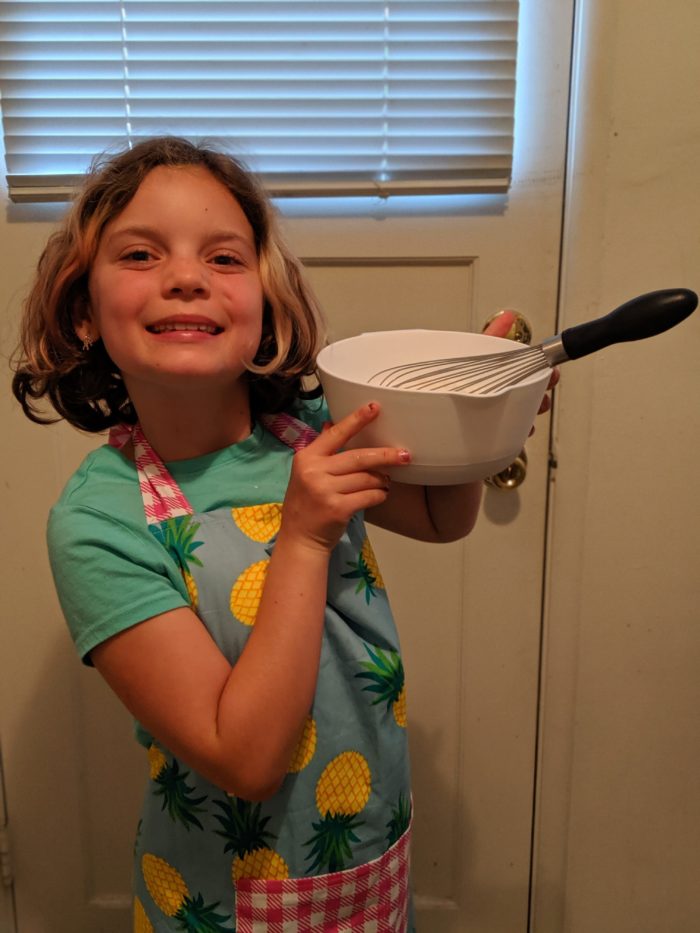 I measure out all the ingredients/Zoe does a cooking show.

The place by my house always messes up my order so we stopped to make sure there was no sour cream on mine before we walked home. (I guess that’s what you get when you try to shoot for a 7$ per person meal when you go out.) 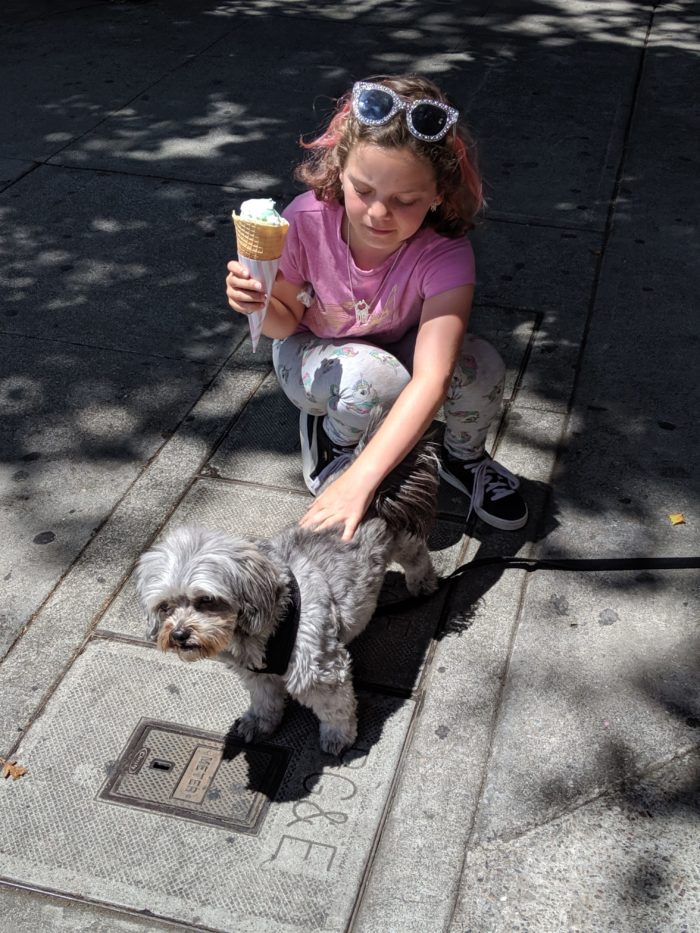 Hanging with Olive & a trip to Icey Cream.

We upgraded Zoe’s bike to a big kids bike and then accomplished our longest bike ride so far. 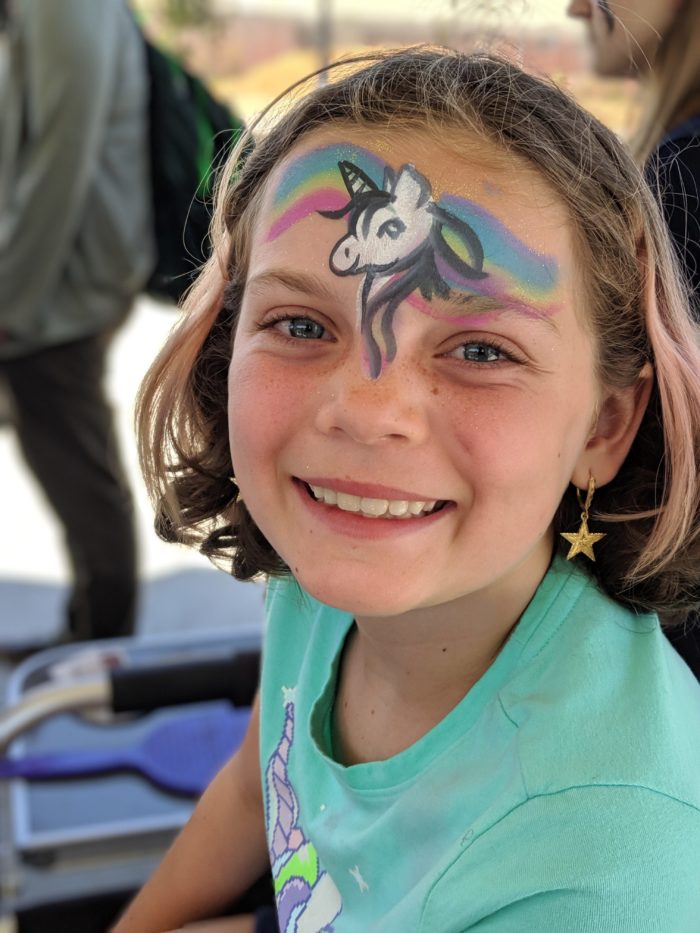 The library had a pretty rad “Summer Readers” party. I ran into the face painter from a few parties ago, so what a small kids party world we live in! Also, I’m currently reading The Library Book by Susan Orlean and it is one of the best books I have read recently. I want to live inside it. Or work in a library. Maybe that will be part of my next jump. 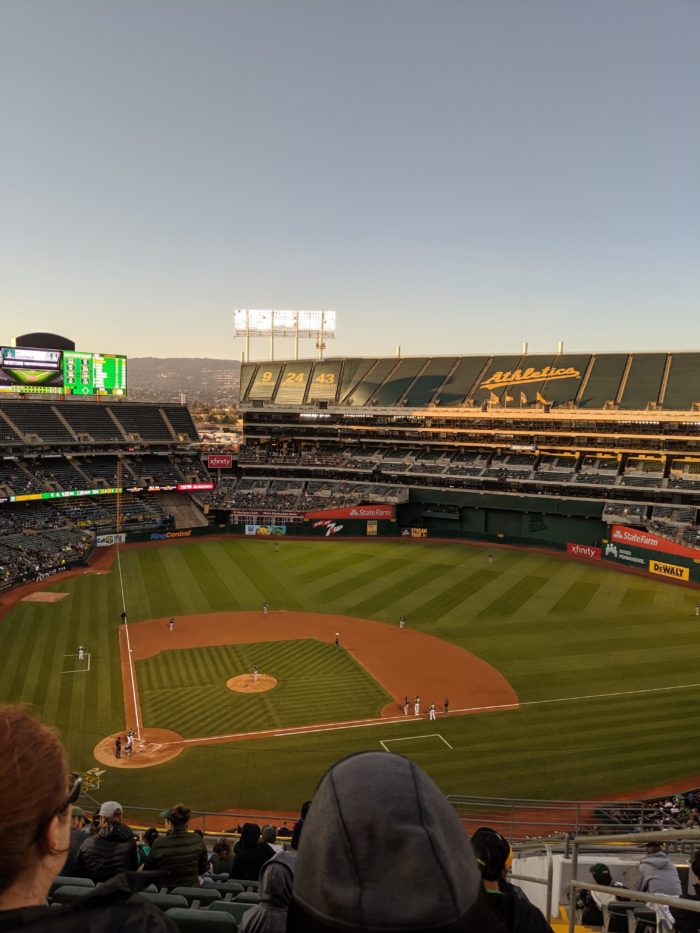 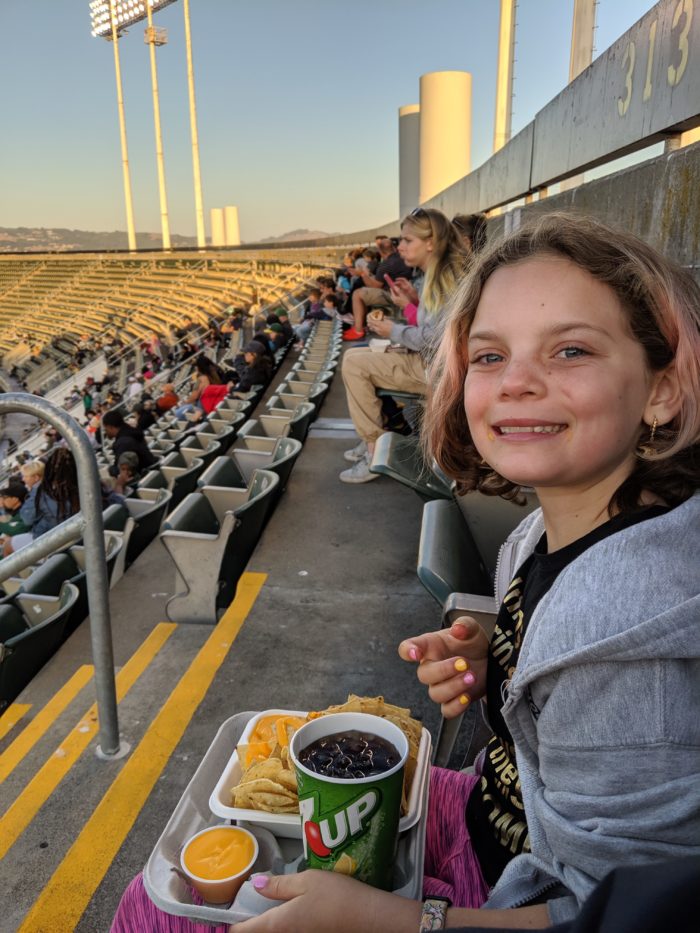 Zoe also scored some A’s tickets from the library. Like last year, we sat in the last row and I had my annual “Maybe I do like baseball moment?!” When we were heading out, I couldn’t find the car and panicked and thought we would have to spend all night in the stadium, and eventually have to live IN the stadium, until I realized we were in the wrong parking lot. It was a tense couple of minutes but oh how we laughed about Frightened Papa once we were on the road.

We volunteered to take care of the school’s garden for a week. 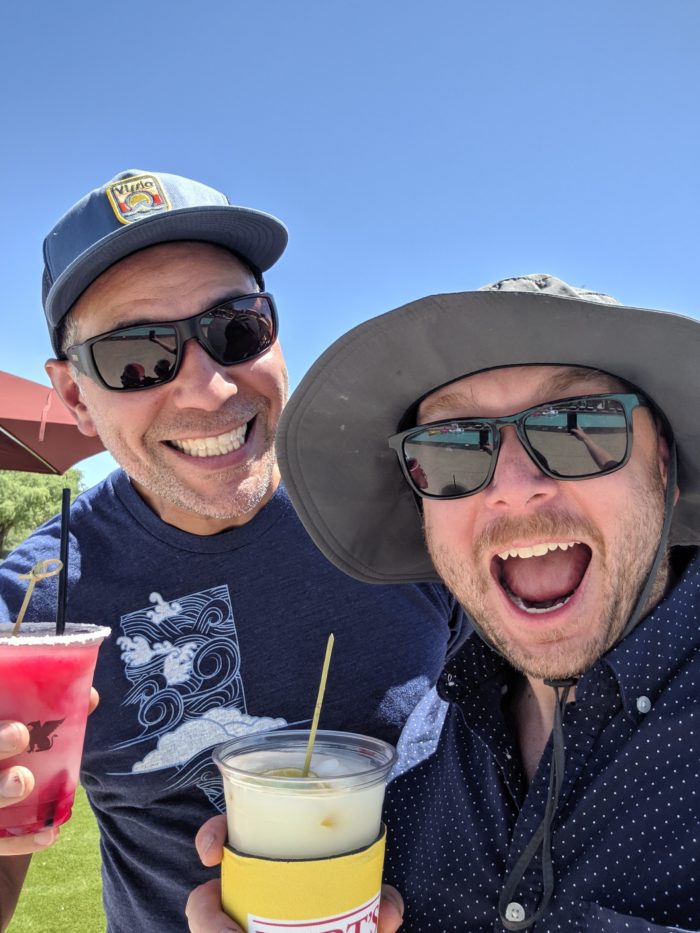 I had a work event in Arizona, and it was blazingly hot and when we weren’t doing work stuff, we were out in the lazy river, and it was the most fun I had in a long while. 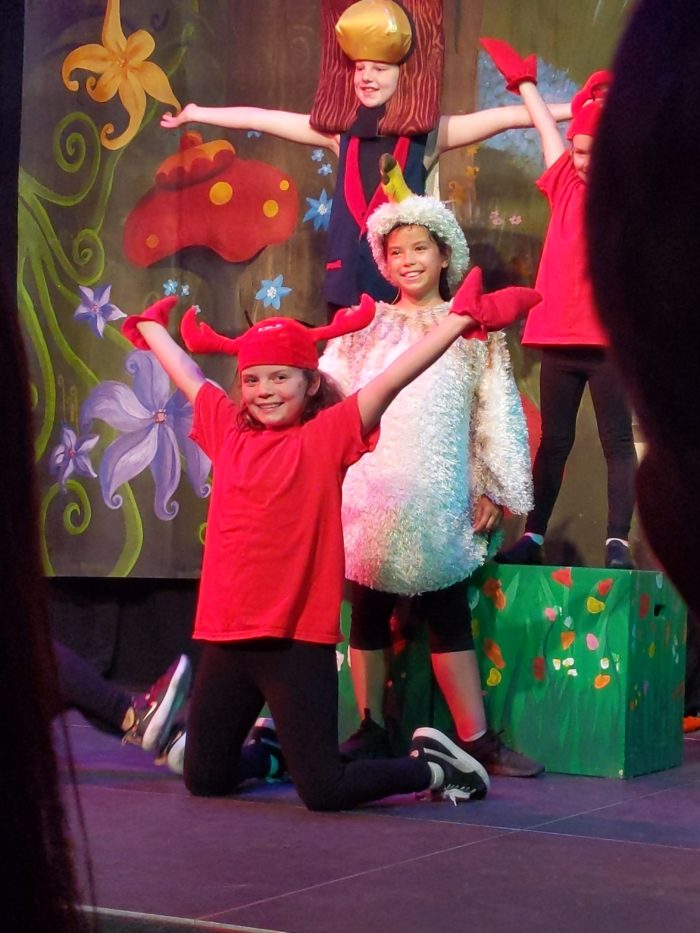 I was back in town for two nights of Alice In Wonderland Jr. Zoe was a Rock Lobster. 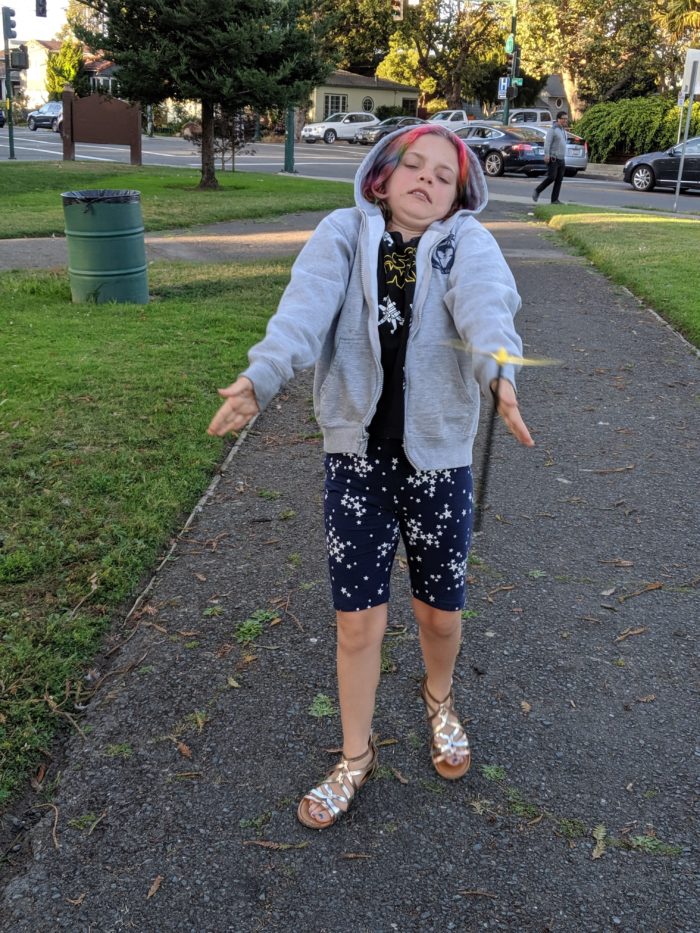 I brought back a little propeller to play with and it was unpredictable.

That seems like all the photos from Summer. Now moving onto the start of fall entry.