I’m not a “natural” runner: speed & endurance, these things have never come easily to me. I had to be sent to the nurse’s office after running a mile in 7th grade and treated for extreme exhaustion. I am in awe of people whose mile times are in the single digits. And triathletes! You’re good at THREE different things, and you do them all on the same day?! And the book I’m currently reading (Born To Run) is all about super runners, the most perplexing of all runners. 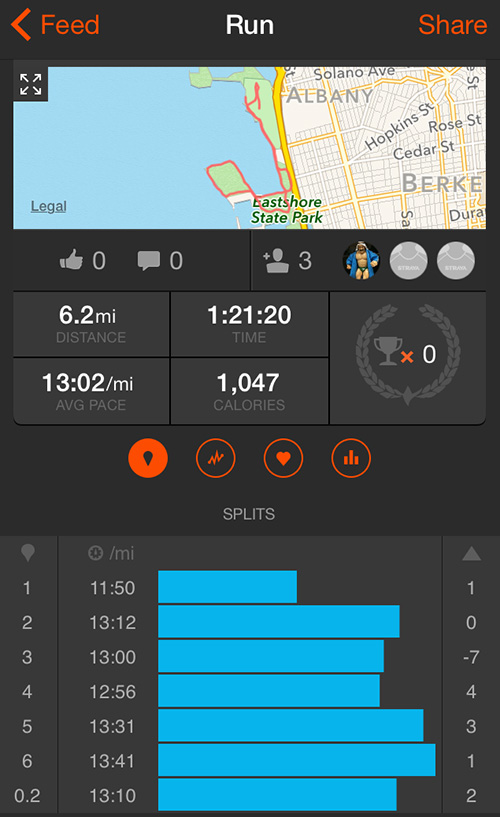 Disclaimer: I present these results and observations from the time when, over the course of a few months, I went from doing nothing to running a 10k. This is intended for future me, who can look back with pride on these novice thoughts and less than stellar performances and see how far I’ve come.

Toast I was too nervous to finish, banana that was way too ripe and to be eaten only in an emergency, and a foil-wrapped sweet potato (post race superfood) which was too mushy to be eaten and I threw it away because they had free bagels after the race and a sweet potato vs. a bagel = well, you know.

I tried to get a beautiful shot of Elysse and the porta potties framed against the backdrop of the beautiful Golden Gate Bridge and magnificent Bay, but these pre-race folks were in the mood to pee, not watch me frame a shot.

I quickly found my pace group amongst the mostly slow runners who would stop every now and then. My people! My shins ached, but my breathing and hydration were pretty spot on. Around mile four I felt nicely warmed up. I did think that the people who placed the mile markers were messing with me by placing them every three miles instead of the standard one mile between signs.

I was happy just to finish. Go me!

A few hours after the race I felt like I had the flu (body aches, headache), but I wasn’t super tired like I had been after some recent longer runs, and had trouble falling asleep that night . The next day my quads hurt slightly, but in a “yeah man, we’re rooting for our own recovery” sort of way. 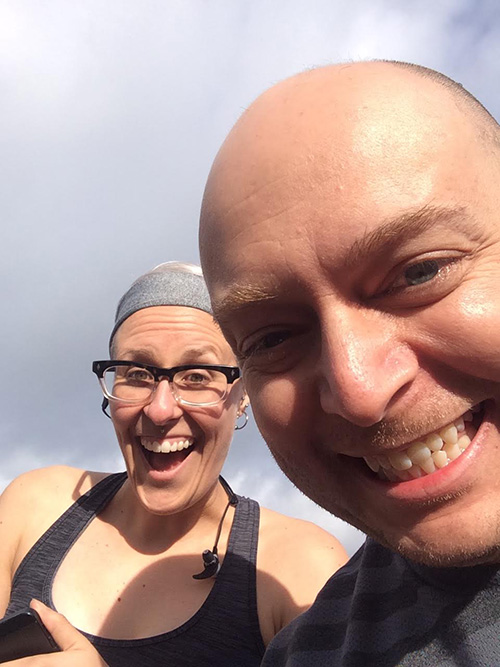 All the thanks in the world to Elysse, who made accomplishing this training seem within the realm of do-ability. And also for answering my ridiculous questions: